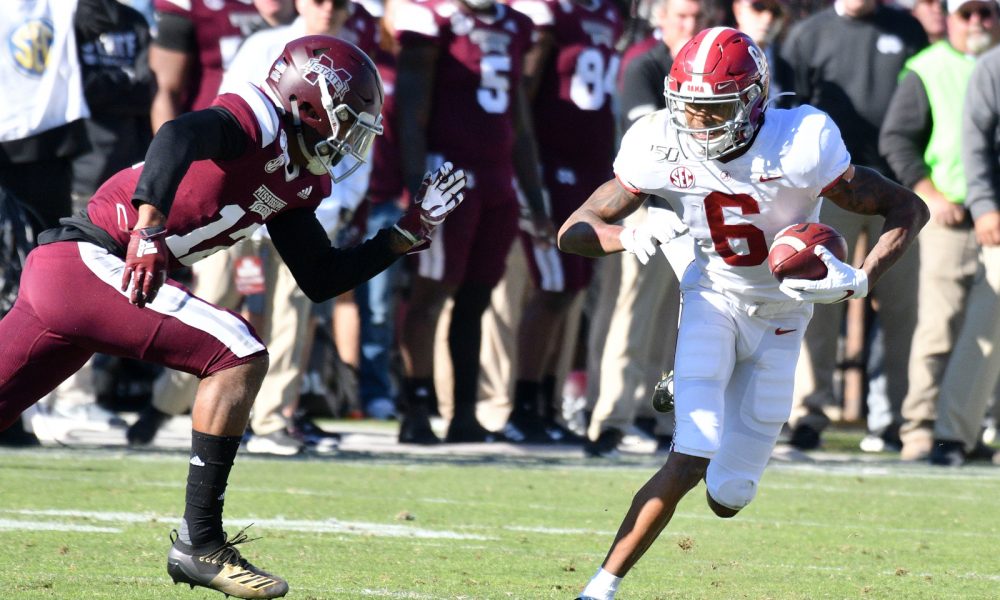 It has been a remarkable year for the junior at wide receiver.

DeVonta Smith is seeing his hard work pay off. As one of the leaders in a special group at Alabama, the Louisiana native is not talked about much. He quietly goes about his business; however, those who compete against him know how dynamic he is.

The 6-foot-1, 175-pounder became the favorite weapon of his quarterback, Tua Tagovailoa, and even with him hurt – Mac Jones understands that Smith believes in him too. A four-star in the 2017 class, Smith recorded two game-winning touchdown receptions – including the 41-yard miracle from Tagovailoa in the 2018 College Football Playoff National Championship (2017 season) versus Georgia in Atlanta.

RELATED: Alabama OLB Terrell Lewis to be honored at senior day on Saturday

He currently leads the team in receiving yards (1,026), touchdowns (11) and yards per game (102.6) while being named a semifinalist for Walter Camp National Player of the Year.

News was released on Thursday via the Walter Camp Foundation, as Smith was one of 20 candidates to be named a semifinalist. The honor is presented annually to the player of the year in college football.

Smith has three 100-yard performances – including a pair of 200-yard games this season against Ole Miss (274) and LSU (213) of the Southeastern Conference.

He is sixth in the NCAA in yards and tied for fourth in scores.

In boasting secure hands, precise route-running capabilities and willingness as a blocker, Smith is being considered a first-rounder for the 2020 NFL Draft by multiple analysts.

It would be special for the other half of “2nd and 26” to win it this year.