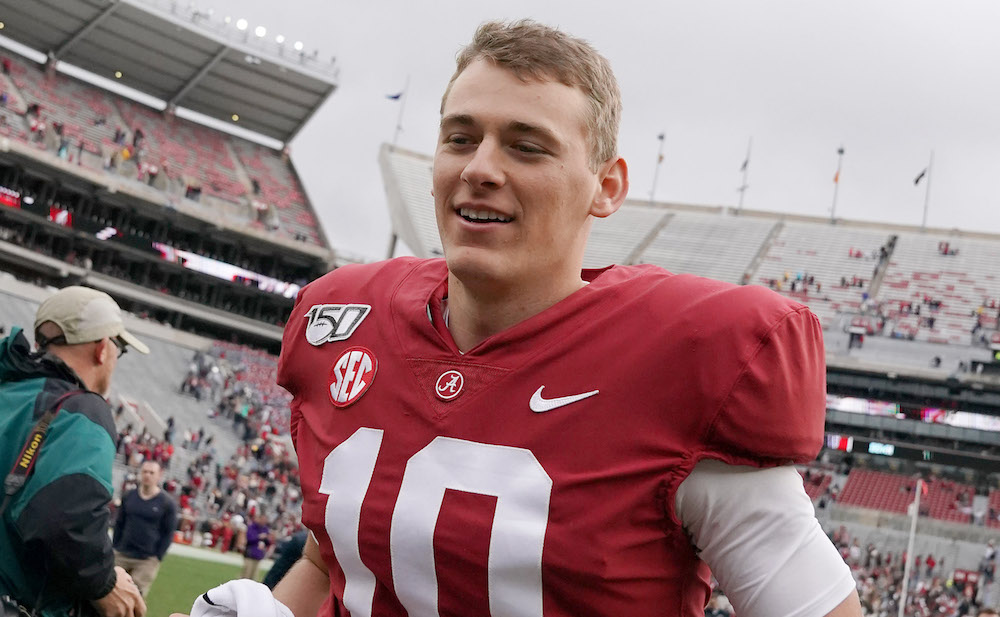 Redshirt sophomore quarterback, Mac Jones is quickly becoming a hot topic locally and nationally as Alabama fans and college football fans are eager to see his first true test as a starter when the Tide travels to Auburn to face the Tigers in the Iron Bowl this Saturday.

The song addresses that in spite Jones waiting his turn and proving himself as a capable quarterback, he still has his doubters. He calls out Stephen A. Smith (who expressed his thoughts on Jones recently), Auburn’s fan base, and shows love to teammates and a former teammate in Jalen Hurts.

Want to hear for yourself? Check out the latest here.

Alabama QB Taulia Tagovailoa records his first of many TD passes
Ahead of the Iron Bowl, Coach Saban gives an inspiring message to the team
To Top