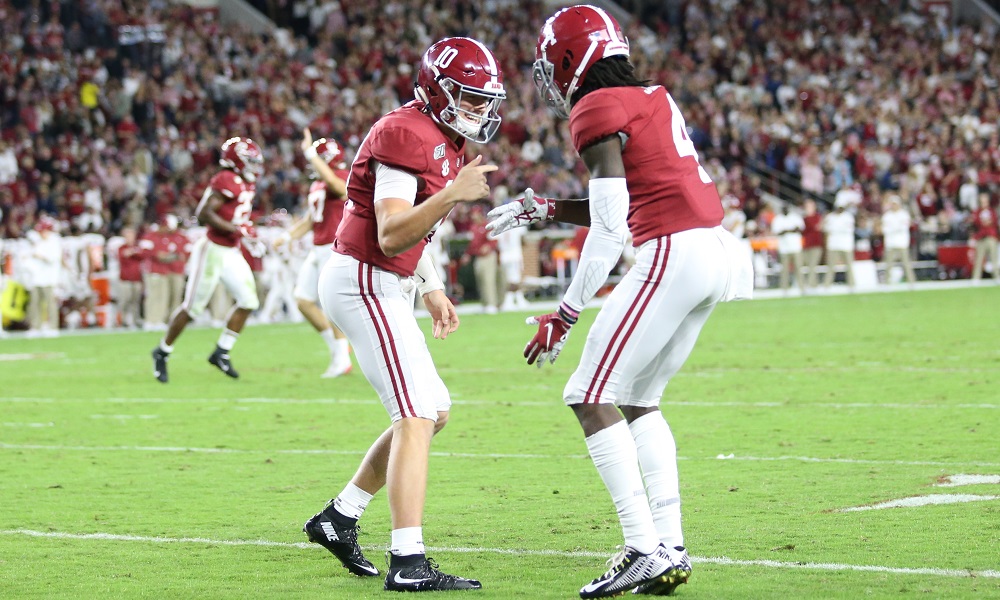 Redshirt sophomore, Mac Jones had a game for the ages in his first career start for the Alabama Crimson Tide against the Arkansas Razorbacks Saturday night in front of packed out home crowd.

Jones, after dealing with much trepidation from fans all week, drowned the noise and finished with a Tua-esque stat line of 18-22 for 235 passing yards, and three touchdowns.

In a new segment from Touchdown Alabama Magazine to be titled, “TDA Funnies”, fans can expect a host of parodies and funny videos to ease the tension of what can oftentimes be a stressful time for Tide fans.

Related: Nick Saban and reporter go at it during postgame press conference

In this latest parody, Jones, iced out in chains and shades, channels Houston-area rapper, Mike Jones with his early 2000’s hit song, “Back Then”.

The song’s chorus was profound, proclaiming (Mike) Jones was unwanted in the past, but after being successful, is now desired.

Sounds about right for Mac.

To see the funny parody, watch it here.

No QB controversy, but Alabama in good hands with Mac Jones as backup
Patrick Surtain II, No. 5 impact player for Alabama versus LSU
To Top
%d bloggers like this: