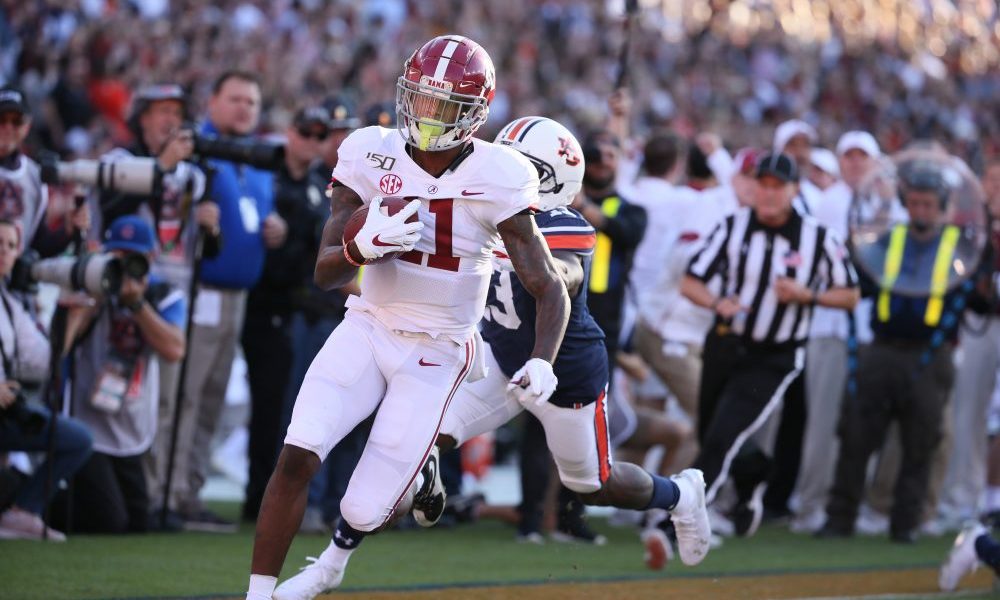 After suffering its second loss of the season to the hands of the Auburn Tigers, Alabama has now dropped to No. 9 in the Coaches Poll.

Previously slotted at No. 5, the Crimson Tide dropped four spots and now sits behind the likes of Baylor, Florida, Oklahoma and Utah. Alabama is now the second-highest ranked two-loss team behind the Gators from the SEC East.

The win for Auburn saw Gus Malzahn’s team move up four spots themselves to the No. 12 spot making them the only three-loss team in the top 15 of the poll.

Now with the second loss, Alabama’s hopes for the College Football Playoff are all but dashed as they will not be playing in the SEC Championship game as well as not appearing to “unequivocally” one of the best four teams in the country.

The final College Football Playoff rankings of the regular season will be released on Tuesday where Alabama will truly see where it lies in the grand scheme of things.

Below is the Full Coaches Poll top 10

Jaylen Waddle’s Iron Bowl performance reached a crescendo of epic proportions
Auburn alum waves bye bye to Alabama players on bus, Isaiah Buggs has words for him
To Top
%d bloggers like this: