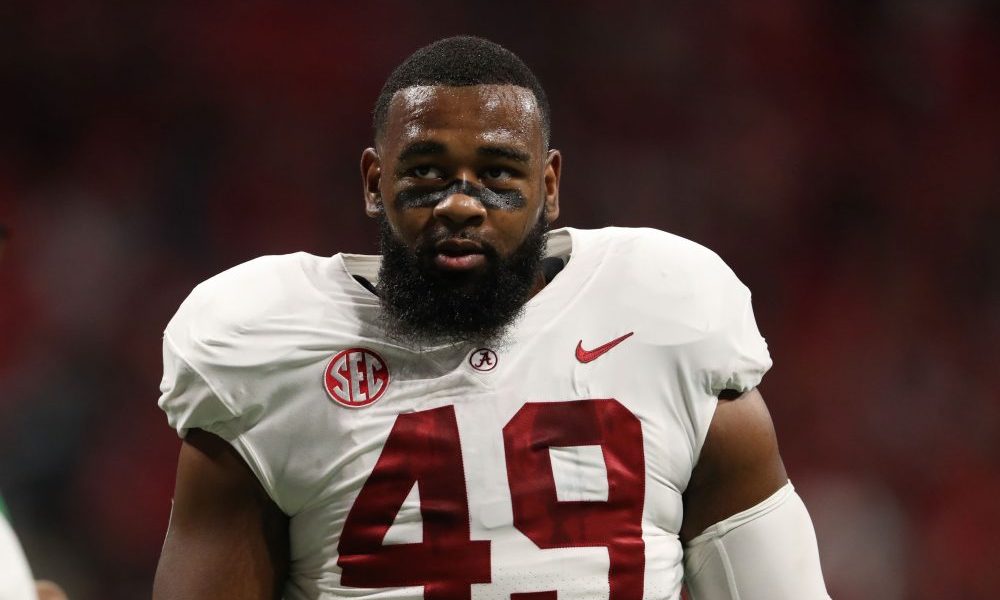 The streets were packed with joyous Auburn fans after the Iron Bowl last Saturday after the Tigers defeated Alabama 48-45 in another drama-filled game.

Among the jovial crowd was former Auburn linebacker Deshaun Davis who sent the Crimson Tide off with some waves.

I remember seeing a fan do this to us when we left Tuscaloosa last year … I’m petty so I HAD to return the favor🥳😂 pic.twitter.com/ONuqgYoBNR

“Roll your a** on home,” said Davis as the Alabama buses passed him and other partaking fans down the street. Despite how happy Davis and the Tiger faithful were to defeat their biggest rival for the first time in two seasons, the antics did not go unnoticed from the opposite side of the rivalry.

RELATED: After Iron Bowl loss, Alabama drops to No. 9 in the Coaches Poll

How Many Rings You Got👀 https://t.co/AVYGOhWOg1

Buggs, who currently plays for the Pittsburgh Steelers, does have a point. Davis played for Auburn from 2015-18 and has won zero national championships and a 1-3 record against Alabama in his career.

But what happened on Saturday happened and doesn’t take away from the fact that the team to the east will have bragging rights for the next 365 days.