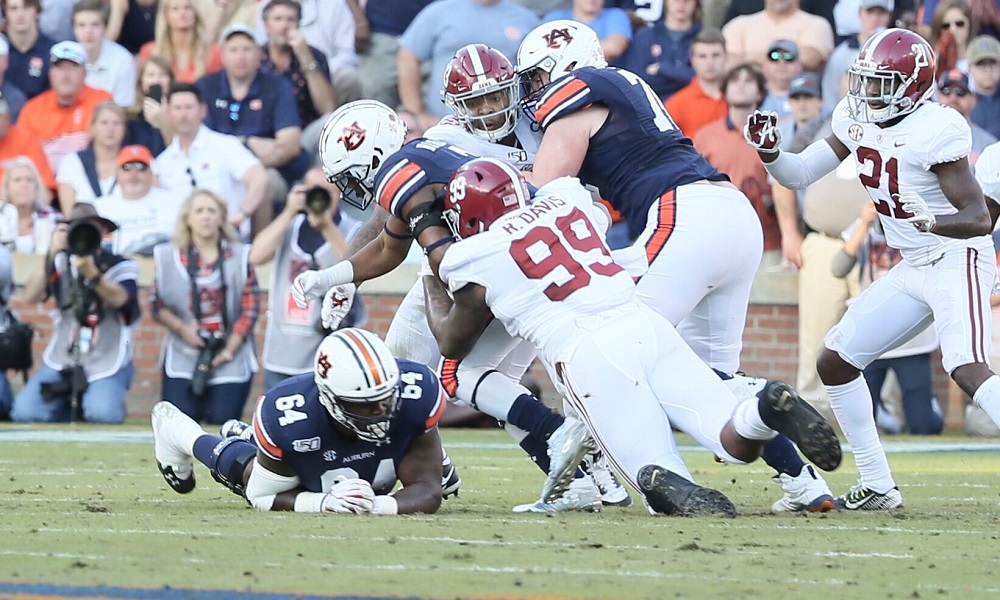 Alabama football will most likely be on the outside looking in at the college football playoffs for the first time in its existence.

The Tide’s fanbase is a passionate one and they feel several factors went into Alabama losing games to LSU and Auburn this season. According to a discussion thread created by Touchdown Alabama via Twitter, here is a look at what Alabama fans feel needs to improve for Alabama in the future.

Implement new defensive schemes to deal with evolving offenses. Modified rotation and depth to offset injury potential. Don’t panic because we had a bad season largely due to injuries.

We need a ball hawk at db. Surtain and Diggs play weak. Diggs was terrible this year. We need big play makers in the bank of the defense.

I want to see the Db’s look for the ball. We need monsters up front not just ok lineman. Davis has done nothing all year. I like Barmore. We need a mean defense again. We should bring back members from the past teams and let them tell the team how they feel about watching that

Change our kicker and no more unnecessary penalties

A field goal kicker we can depend on and a punter who can kick 40+ yard punts. Kickoffs need to go in the end zone too. Don’t think that is too much to ask for this quality of a team. Auburn field goal kicker was solid. So is Georgia and LSUs. Hopefully, we can regroup.

A new DC, I know injuries played a part. But defense was too inconsistent all year. Discipline was also an issue with too many mental mistakes and uncalled for penalties on both DL and OL. So maybe think about new DL and OL coach.

New DC ….This was the worst defense the Tide has had under Saban! Cost us any chance at a shot at the NC or SEC this year !

New defensive staff ASAP and I'm willing to coach them and put some fire under those defensive players cause they have played soft the last two years. Need a new kicker! Where are the players with heart that plays until the whistle blows. Wake up Bama Nation!

Pete G has got to go! He took over last year and had a full season this year. Both seasons produced terrible defensive play. He’s got to go

Cut down on penalties and lack of discipline

There is not one thing that needs to be changed. Losing 16 underclassmen over the past 4 years, Major season ending injuries to 3 major positions, injury to Punters/Kickers, Losing Heisman QB. Too many positives with all the out of control negatives that affected this season.