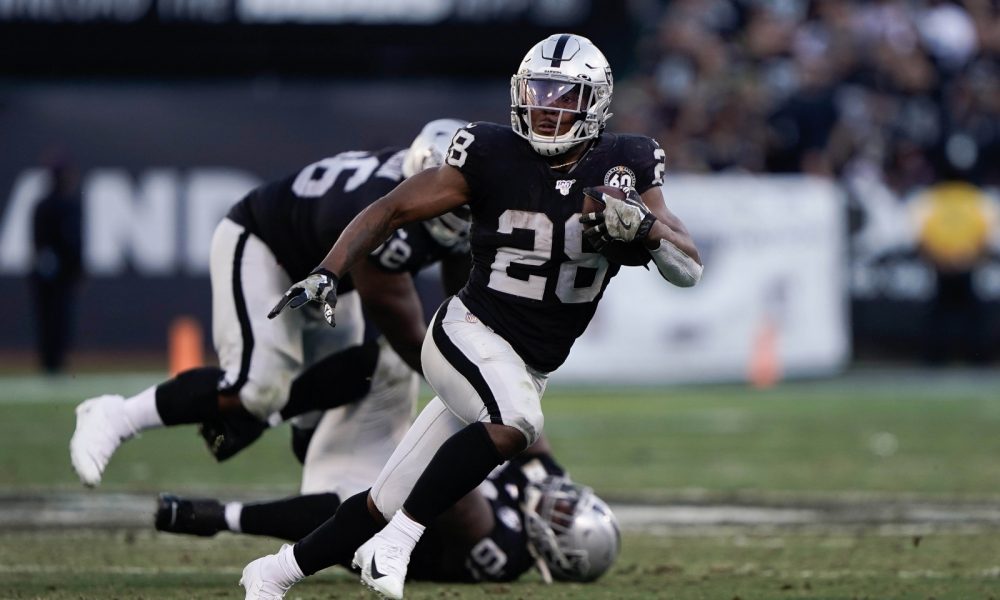 People can no longer sleep on the Raiders because of him.

Not only is he exciting to watch, but Josh Jacobs is also a humble young man who is giving Oakland something to cheer for. After winning offensive rookie of the month in the National Football League for October, the former Alabama star won it again for his work in November.

In five games, he recorded 441 yards rushing with three touchdowns on 94 carries.

He averaged 4.6 yards per carry and 88.2 yards per game last month, while pushing the Raiders to a 6-6 mark.

Jacobs leads all rookies in rushing yards (1,061) and became the first rookie in franchise history to post a 1,000-yard season.

A native of Tulsa, Okla., Jacobs is eight in the NFL in carries (218), fourth in yards, tied for eighth in rushing scores (seven) and tied for 11th in yards per carry (4.9). He has become the favorite for NFL’s Rookie of the Year and there’s a wide margin between him and the No. 2 person.

Oakland needs help to make the AFC playoffs, but it has a winnable remaining schedule.

No one can stop Derrick Henry as he keeps the Titans playoff hopes alive
Derrick Henry runs wild on Raiders, pushes Titans to four-game win streak
To Top
%d bloggers like this: