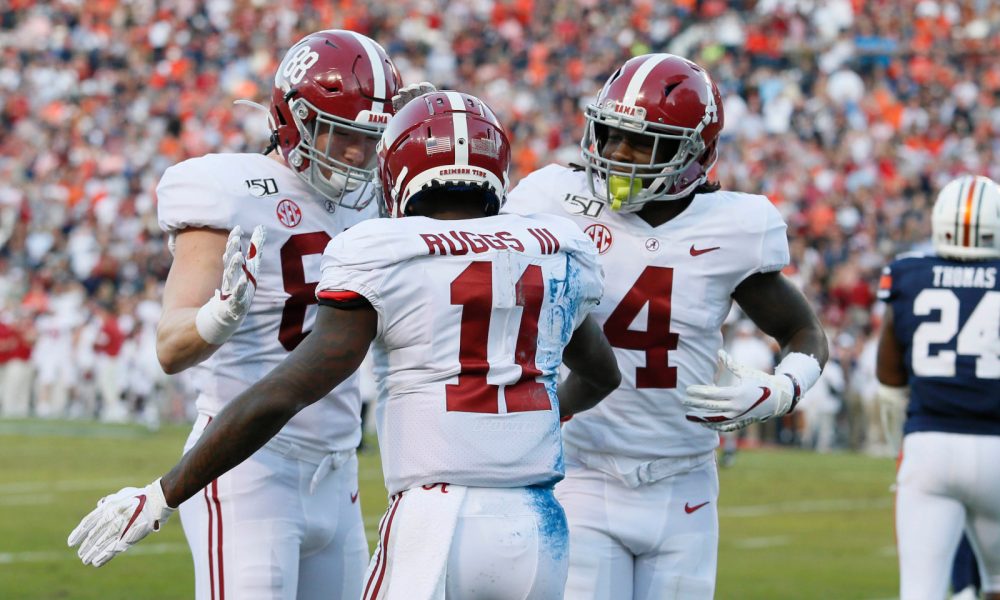 The care and appreciation of bowl games have already decreased in value, but not having entertaining matchups is much worse. While these games are set to create an exciting contest, one has to be able to appeal to the interest of viewers or the college football consumer.

As much as rival fans and national media claim to be excited for the Southeastern Conference Championship matchup between LSU and Georgia, they are more so pleased about not seeing Alabama in the game versus the schools represented.

After looking at the ratings the Crimson Tide brought in last year’s epic contest with the Bulldogs, it will be interesting to see whether Saturday’s contest will surpass it.

The 2018 SEC Championship carried an overnight rating of 10.5 on CBS, which was up 25 percent from the Georgia-Auburn game (8.4) last season.

RELATED: Tim Tebow on Alabama’s dynasty ending: “I just don’t agree with it”

According to Sports Media Watch, Alabama was featured in six of the 10 most-highest rated college football games since 2006 – including four conference title games. In reflecting back on last year’s meeting with Georgia, 17.8 million people watched – making it the second-most viewed SEC title game in 26 years.

Statistics like these prove one thing: if you want attention on games, it is best to feature the Tide.

Three types of people exist in today’s world: those that are invested in Alabama football, those who hate the Crimson Tide and those who enjoy watching a big, brand-name program.

Per a tweet from Brad Powers, who covers college football for Pregame, two of the eight most watched games this year featured Alabama.

Most Watched College Football Games in 2019:

Upon looking at SeatGeek, a ticket for the SEC title game is $216.

With this basically being a home game for Georgia, one has to wonder on how many people will go inside Mercedes-Benz Stadium.

Anyway, the projections for bowl games are not concrete yet. Things will fall in order after conference championship week; however, some of these games are a snooze fest.

As good as Utah’s defense is (11.3 ppg allowed) and should it advance over Oregon in the Pac-12 Championship, will it even draw attention in the CFP?

Probably not, seeing how Clemson, Ohio State and whomever win the SEC title have a much better brand than the Utes. On top of this, there are a few projected Big Ten/ACC games (Quick Lane, New Era Pinstripe bowls) that no one really wants to watch. It would neither be a playoff game nor a New Year’s Six bowl, but having Alabama rematch Auburn would bring anticipation, excitement and huge ratings.

Going back to the tweet from Powers, the Iron Bowl was one of eight most viewed games all season. Whether you liked Alabama or not, the atmosphere inside Jordan-Hare Stadium and the contest itself had everyone glued to the television.

It took two pick-sixes, a missed field goal, a terrible call (officiating crew) and some trickery at the end for Auburn to pull out a 48-45 win.

In arguably the greatest rivalry in all of sports, the venue was standing room only before kickoff and Tiger fans stormed the field afterwards.

Many players from the Tide were visibly frustrated and would love another crack at Auburn.

As of Tuesday, ESPN projected Alabama in either the Citrus or Outback Bowl. For Auburn, it’s projected for either Citrus or Goodyear Cotton Bowl.

The difficult part of having both school rematch each other is no one knows how the outcome will be for this weekend.

Should Georgia beat LSU, both will go to the CFP – leaving an open spot in a New Year’s Six bowl for either Auburn or Alabama. Seeing how national media holds the Tigers’ schedule with more respect, it may wind up in the better bowl.

Nevertheless, it would only enhance the powers that be to go against the grain and have an Iron Bowl postseason game.

People are considering not watching the CFP, due to the Tide not being in it.

For those who create the bowl matchups and national media giving the attention, having an Alabama-Auburn rematch would do the season a lot of justice. People want good football and nothing comes close to the Iron Bowl.