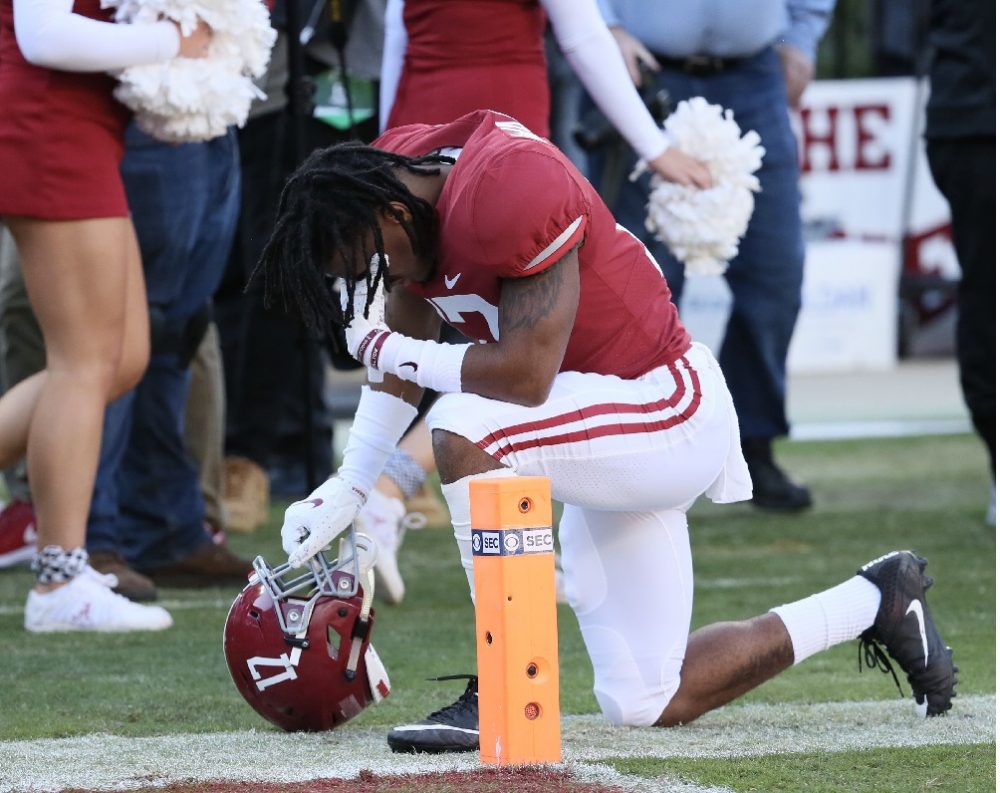 Aretha Franklin used to sing about a little respect, but this year it seems Alabama doesn’t have a lot of it. See what’s causing that and see if you agree.

Let’s face it. Alabama fatigue is a real thing. That has been true for a very long time now. The football world as a whole are all cheering that Alabama is not in this year’s playoffs. They’re just tired of one team dominating as Alabama has. The fatigue factor is real. But Bama always was respected, at least until now.

Now Bama doesn’t have the respect they used to have. But it’s not the lack of respect for Saban, this team or the institution, but the schedule they played this year.

The College Football Playoff Committee certainly punished Alabama for their schedule. No other team dropped so far from the top as Bama did, but it was justified. Alabama ended the regular season having beaten no team still ranked in the top 25.

Then toss in that game against the Western Carolina Catamounts at the end of the season and you see why Bama got no love from the committee. Too many SEC teams schedule a cupcake team like this before rivalry week so that they rest up. It’s like having a glorified bye week.

But as long as Alabama does it, Auburn and others will do it and vice versa.

In Saban’s defense, he has tried to schedule a worthy out of conference opponent for his opening week game each year, but he says it’s hard because no one is willing to take on the Tide and have an early loss against them when they could so easily avoid it.

But as Devil’s advocate, in the entire Saban era at Tuscaloosa, Alabama has played just two out of conference opponents in their home stadiums and that is something he could have fixed. There just hasn’t been a lot of interest from Alabama to schedule meaningful home and home contests with good teams.

And next season won’t be much better. They do have a game with USC at a neutral site for an opener, but then have Georgia State, Kent State and UT Martin on the schedule too. Those last three games won’t help much with gaining any schedule respect. It’s not until 2022 when Alabama will finally play a good out of conference team at their home stadium when they play Texas in Austin.