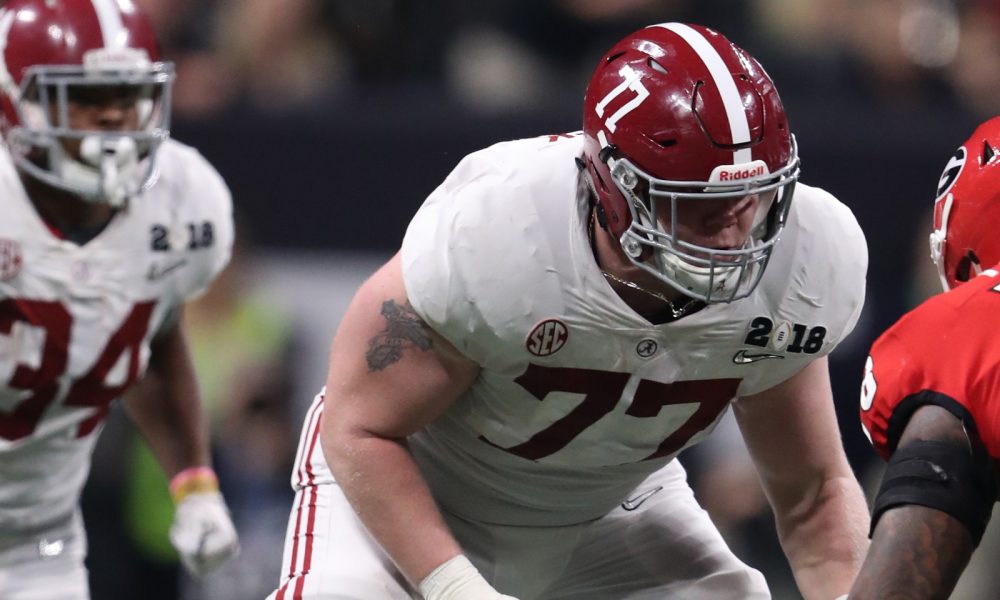 It may not be the Reese’s Senior Bowl in Mobile, Ala., but the East-West Shrine Bowl is played for a worthy cause and professional scouts get to see the next wave of talent from college.

Since 1925, the purpose of the East-West Shrine Bowl is taking the stars of college football and turning them into future NFL legends. The benefits from this game go toward Shriners Hospitals for Children. As for the 95th edition of the exhibition, it will take place on Saturday, Jan. 18, 2020 at Tropicana Field in St. Petersburgh, Fla.

Two seniors from the University of Alabama have accepted an invitation: Matt Womack and Shyheim Carter.

Both players were on the Crimson Tide’s national championship team in 2017, while Womack was part of two national title squads (2015, 2017).

RELATED: Alabama WR Jerry Jeudy says he ‘will play’ in the Citrus Bowl vs. Michigan

Womack, a native of Hernando, Miss., has played in 38 career games on the offensive line.

After redshirting his initial freshman season in 2015, he was a reserve offensive tackle in nine games as a redshirt freshman. The 6-foot-7, 325-pounder earned the starting job at right tackle in 2017 – playing in 14 games and clearing the way for Damien Harris to rush for 1,000 yards.

While he helped Jalen Hurts total 25 touchdowns at quarterback, Womack protected Tua Tagovailoa (freshmen then) to 11 scoring tosses that season – including three in the College Football Playoff National Championship versus Georgia.

Injuries would limit him in the next two years (2018-19) as he would play in just 15 games combined; however, Womack is very physical at the point of attack as a run-blocker and can protect the quarterback as well.

Carter, a native of Kentwood, La., has played in 50 career games at defensive back.

According to Nick Saban, Carter was one of the smartest players he’s ever coached and the former four-star had a huge year in 2018.

He tied for second on the roster in pass breakups (10) and recorded two interceptions for touchdowns.

He spent his tenure as a stalwart on special teams and at star in Alabama’s nickel and dime packages.

Tide fans will definitely be cheering on both Womack and Carter.