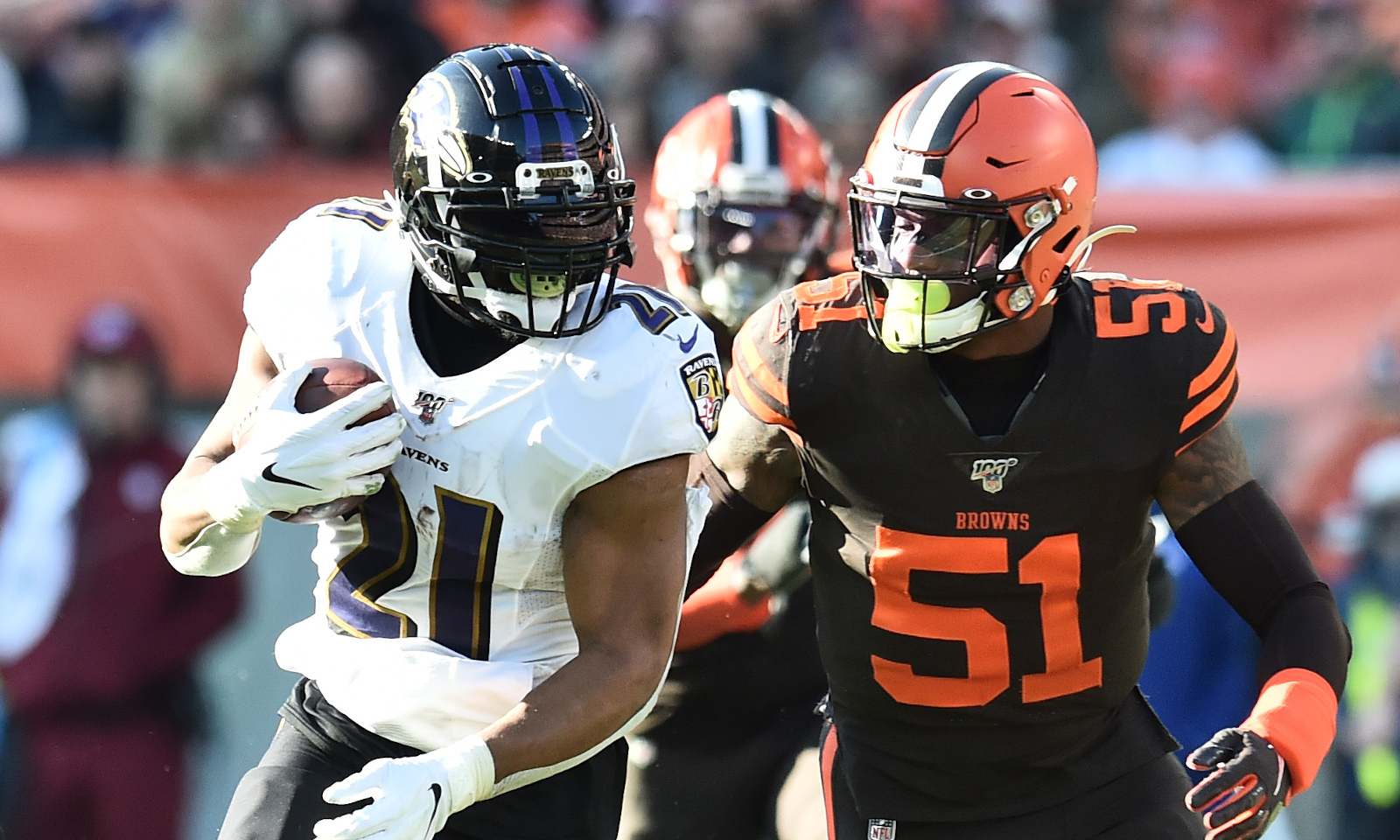 He sustained a calf injury on Sunday in Baltimore’s 31-15 win over Cleveland and while he probably won’t play in the regular season finale versus Pittsburgh, Mark Ingram has assured the Ravens that he will be ready for the first playoff game.

In his first year with the franchise, the former Alabama running back totaled 1,018 yards rushing, 247 yards receiving and 15 total touchdowns (tied a franchise record). He has helped the team clinch home-field advantage throughout the playoffs at 13-2, with an opportunity to win a Super Bowl Championship.

While he did not return to the game versus the Browns, Ingram told reporters he has confidence that he’ll be ready for the playoffs. The 2009 Heisman winner credits the training staff for his recovery from the mishap.

Ingram has the Ravens with the National Football League’s best rushing offense (204.9 ypg) and scoring offense (33.5 ppg), while it stands second for total offense.

He and the team will also have a first-round bye, which will also greatly help with the recovery process as well.