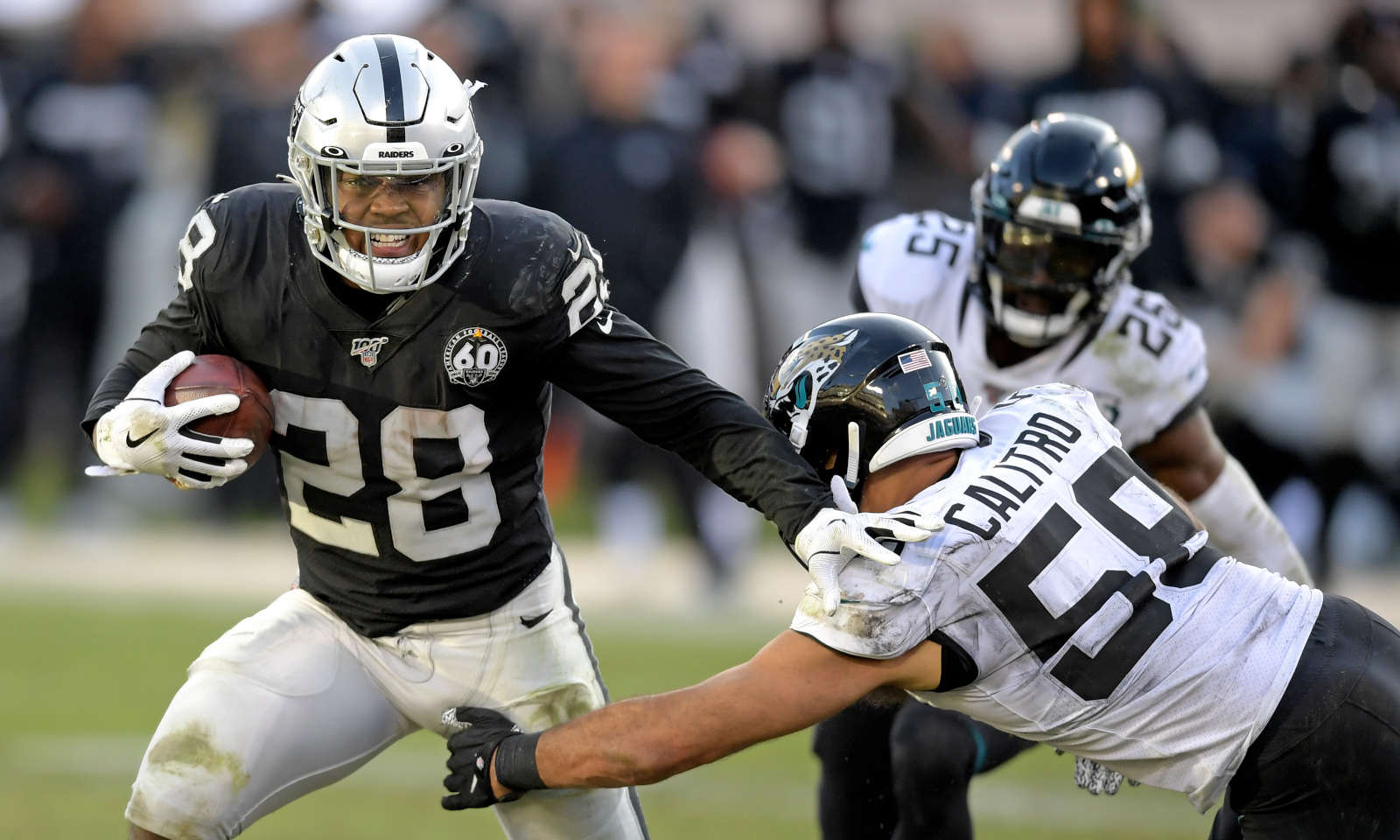 He was one of three former Alabama running backs to deliver a 1,000-yard season in the National Football League. Josh Jacobs was the No. 24 selection of the Oakland Raiders in the first round of the 2019 NFL Draft.

A native of Tulsa, Okla., he was the first rookie in franchise history to record 1,000-plus yards rushing.

He was also twice named AFC Rookie of the Month.

According to a report from the San Francisco Chronicle, Jacobs had surgery on his left leg on Wednesday night.

The article said that Oakland released a statement on Thursday on Jacobs having an infection in his leg.

He posted videos to his Instagram story that captured the surgery going well as he said it was the ‘fastest surgery ever.’ Jacobs did take part in a walk-through on Tuesday – prior to the surgery – and per Raiders’ offensive coordinator Greg Olson, he said it was an ‘encouraging’ sign.

In going back to the report, Jacobs could play on Sunday versus Denver.

While it may not make the playoffs at 7-8, Jacobs made the Raiders fun to watch as he was responsible for 1,150 yards rushing and seven touchdowns on 242 carries. His output in yards, scores and rushing attempts all were in the top-10 of the NFL for running backs.

He is one of the leading candidates for NFL’s Rookie of the Year honor.