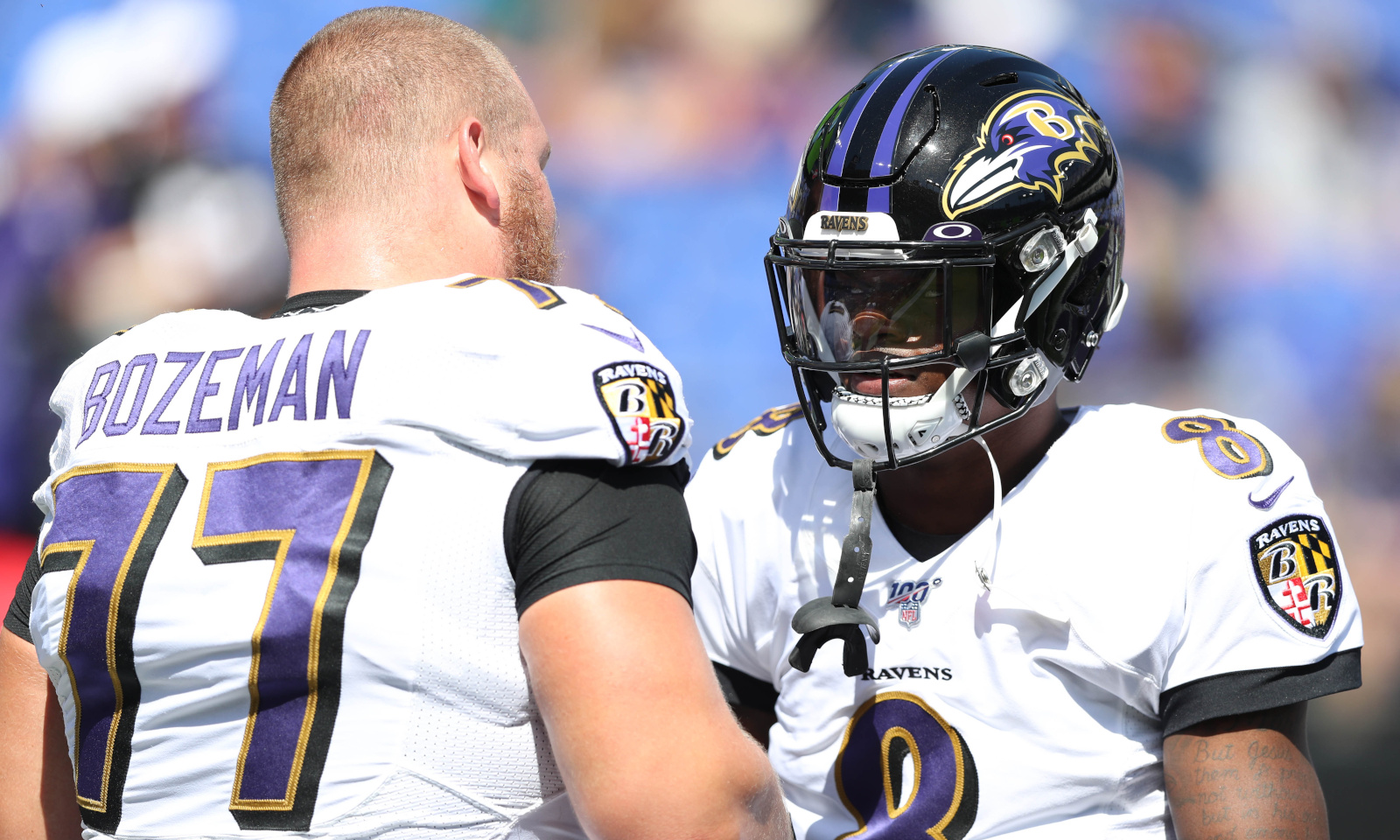 Big Truss has come through for his teammates.

In playing the role of Santa Clause, Lamar Jackson of the Baltimore Ravens has the franchise with home-field advantage throughout the AFC playoffs and decided to do something really special for his offensive linemen.

One player liked his gift so much that he shared it via social media on Tuesday.

Bradley Bozeman, a second-year lineman from the University of Alabama, is not only appreciating his new Rolex but he is also having a lot of fun with this year’s team.

A native of Roanoke, Ala., Bozeman was barely a three-star upon his arrival to the Crimson Tide in 2013.

After redshirting his initial freshman season, he played in nine games during the 2014 campaign and then saw action in 15 games the next year.

The 6-foot-3, 317-pounder also played a role in protecting Jacob Coker to 3,110 passing yards, as the Tide would win a national championship.

Bozeman started the next two seasons (2016-17) at center, assisting both Jalen Hurts and Damien Harris to much success.

Despite being selected in the sixth round (No. 215 overall) of the 2018 NFL Draft, he has been a huge contributor to the Ravens’ success.

RELATED: 2019 is the year of the Alabama running back as three former players surpass 1,000 rushing yards

With Bozeman at left guard, Lamar Jackson has taken the NFL by storm.

The blue-collar offensive lineman has guided him to 3,127 passing yards, 1,206 rushing yards and 43 total touchdowns (seven rushing) to six interceptions. Jackson is completing 66.1 percent of his throws and is the favorite to win the league’s Most Valuable Player Award.

Along with Jackson, Bozeman has also cleared the way for Mark Ingram.

Per Jamison Hensley, who covers the Ravens for ESPN, Bozeman is very appreciative to have the real thing on his arm.

“We’re really grateful for that guy,” Bozeman said of Jackson. “I had a Bolex, the fake Rolex, that costs you about $30. This is by far the nicest watch I have — by leaps and bounds.”

He is wearing his watch with pride and will continue protecting Jackson with pride; however, a Super Bowl title is something he wants to add to his list. Baltimore has a clear path to it and with Bozeman, it has a good chance to win it this year.

2019 is the year of the Alabama running back as three former players surpass 1,000 rushing yards
Mark Ingram assures Ravens he will be ready for first playoff game
To Top
%d bloggers like this: