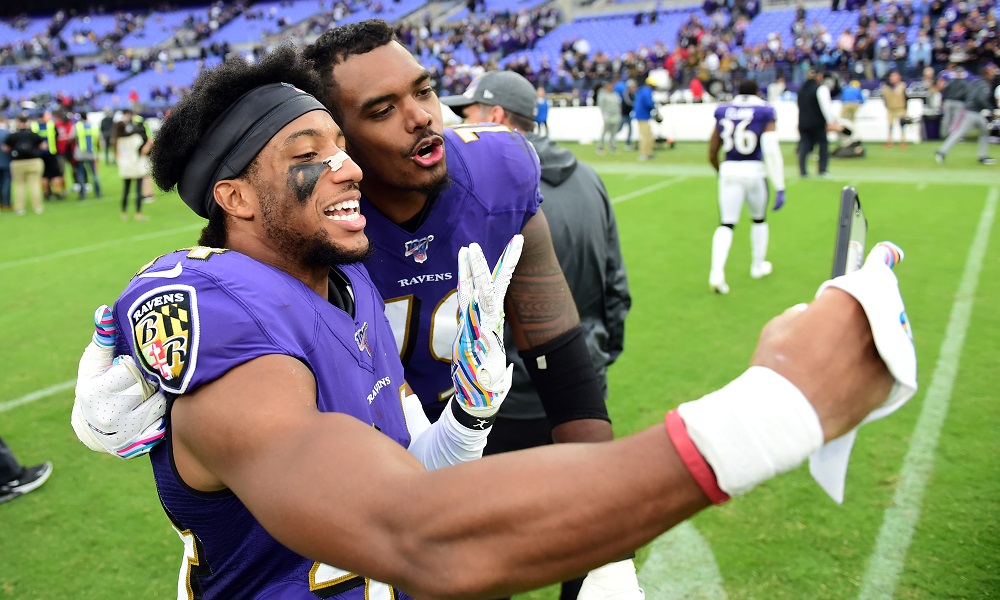 Alabama football can prepare anyone for success as long as it comes with the right focus.

Nick Saban has placed many individuals into the National Football League and three former players were rewarded on Friday.

Eddie Jackson, a native of Fort Lauderdale, Fla., became the league’s highest-paid safety as he and the Chicago Bears agreed on a four-year extension worth $58.4 million. The deal pays him $22 million guaranteed with an annual of $14.6 million.

The duo of Marlon Humphrey and Minkah Fitzpatrick were named to the NFL’s All-Pro Team, according to an announcement from the Associated Press.

Both guys witnessed at least one national championship and one Southeastern Conference Championship with the Tide.

Humphrey was selected in the first round of the 2017 draft to the Baltimore Ravens.

At pick No. 16 overall, the Hoover (Ala.) native has blossomed into one of the league’s most consistent cornerbacks. After the Ravens lost Terrell Suggs, C.J. Mosley and Eric Weddle to free agency, Humphrey emerged as the leader on defense.

With Humphrey, the Ravens are 14-2 and have home-field advantage throughout the AFC playoffs.

The former five-star has also been selected to participated in the Pro Bowl.

Fitzpatrick was drafted by the Miami Dolphins in the first round of the 2018 NFL Draft, but is making more of an impact for the Pittsburgh Steelers. A native of New Jersey, Fitzpatrick was traded to Pittsburgh on Oct. 22 of 2019 and became a significant leader upon his arrival.

Former Alabama safety, Minkah Fitzpatrick (No. 39) records an interception as a member of the Pittsburgh Steelers versus the L.A. Rams during the 2019 regular season/ Photo comes via Charles LeClaire – USA TODAY Sports

He brought consistency to the Steelers on defense, as the group finished the regular season in the top-10 for total defense (304.1 ypg allowed, No. 5), pass defense (194.6 ypg, No. 3) and first downs allowed (304). Despite the franchise not making the playoffs at 8-8, Fitzpatrick collected 57 tackles, nine pass breakups, five interceptions (team-high), one forced fumble, two fumble recoveries and two touchdowns.

He has his head coach, Mike Tomlin, in position to win Coach of the Year for the NFL.

The former five-star won both Jim Thorpe and Chuck Bednarik awards in 2017 at Alabama and was twice named a consensus All-American in 2016 and 2017.

Fitzpatrick, like Humphrey, is heading to his first Pro Bowl too.