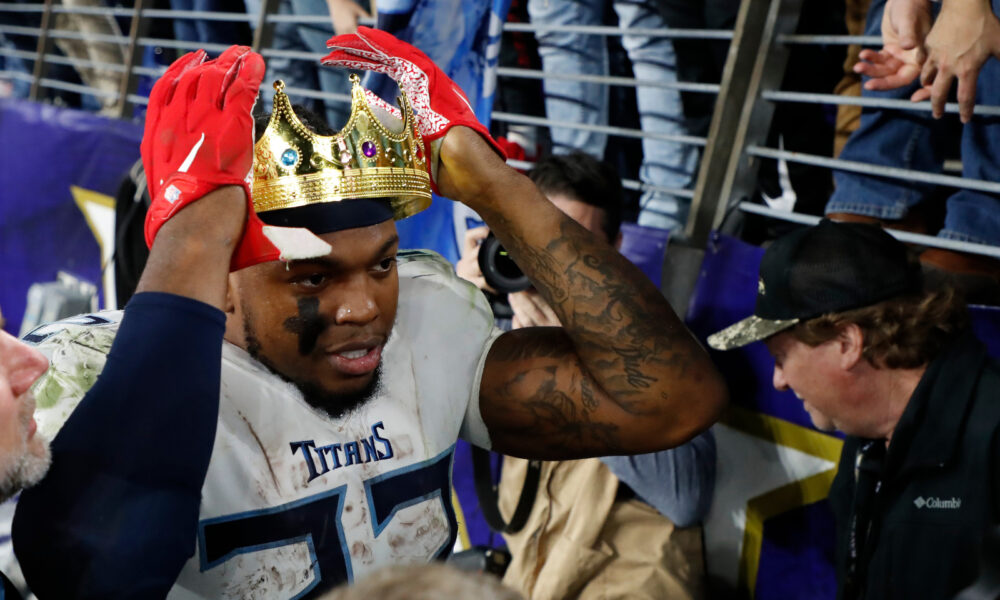 He is winning both on and off the field.

As an athlete, Derrick Henry has brought joy to Alabama fans.

The native Floridian was special in his three seasons with the Crimson Tide (2013-15), as he was an All-American, a Heisman winner, a two-time Southeastern Conference Champion and a College Football Playoff National Champion among other things.

His fourth season in the National Football League has been sensational, as he has the Tennessee Titans one victory away from a Super Bowl appearance.

Henry finished the 2019 season as the league’s rushing champion with 1,540 yards.

He became the first running back in NFL history to record three consecutive games with 180-plus yards rushing and he completely demoralized both New England and Baltimore in the AFC Playoffs.

Henry totaled 182 yards with one touchdown against the Patriots, while turning in 195 yards rushing (30 carries) with his first-ever touchdown pass in a 28-12 win over the Ravens.

When he’s not destroying opposition on the field, Henry is thinking about life as a father.

The 26-year-old is expecting his first child with his girlfriend, Adrianna Rivas.

Rivas posted a photo of a sonogram on Friday of last week, and revealed the sex of the baby.

My body may have made her heart but she made my heart complete. She’s my reason and my strength. Thank you, God, for my babygirl ?

Another year of life for the love of my life. Thank you GOD ? #twentysix

Henry and Rivas are excited to soon welcome a baby girl into the family.

With him being a shock to his parents at birth, Henry was raised by his grandmother. He now takes the lessons he was taught and looks to be a strong father in the life of his daughter.

He and the Titans will face the Kansas City Chiefs this weekend for the AFC Championship Game.