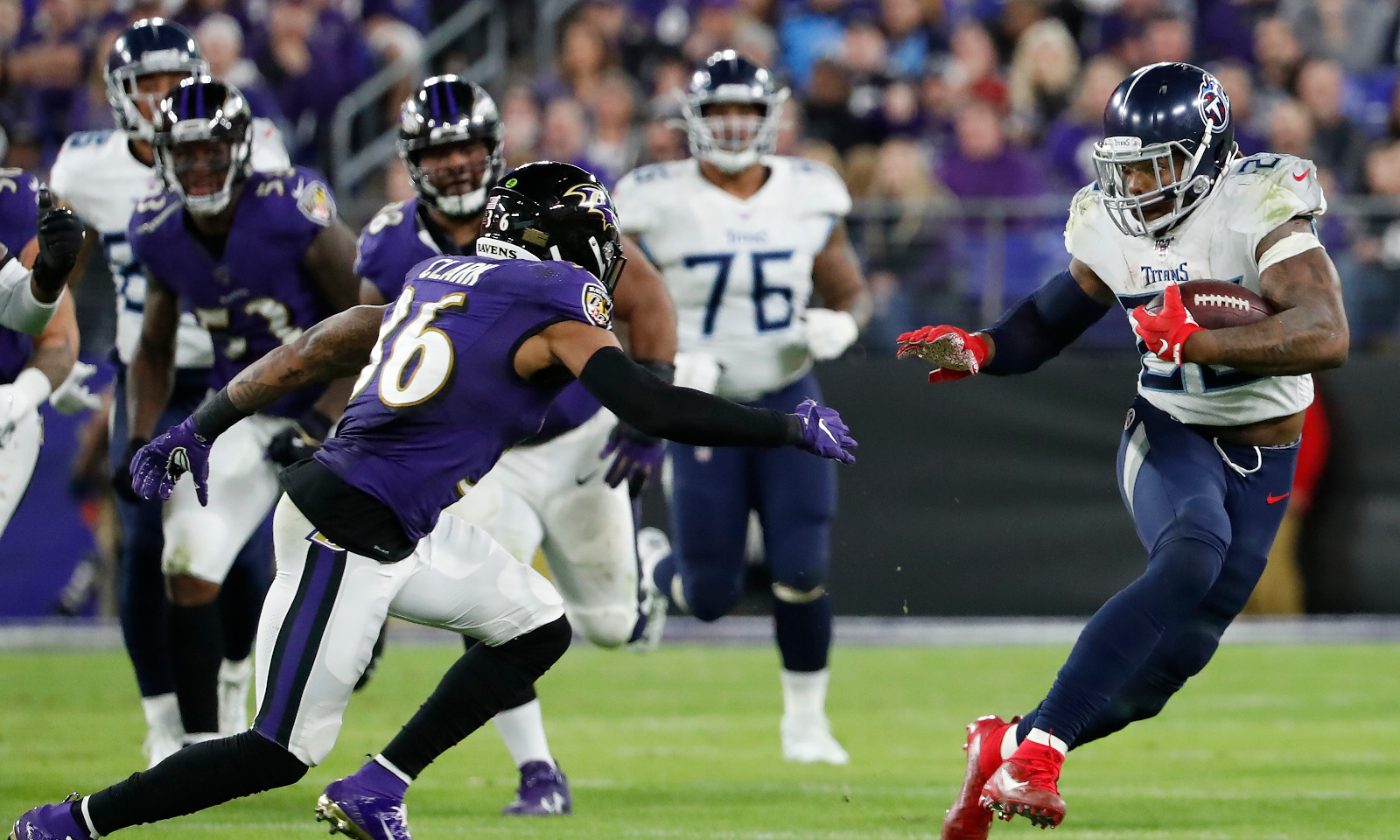 He is setting records left and right, but Derrick Henry is locked in on the primary goal.

After guiding the Tennessee Titans to victory over the Ravens, he has the franchise in the AFC Championship Game for the first time since 2002.

Henry became the first running back in the history of the National Football League to have three consecutive games with 180-plus yards rushing.

The former Alabama star had 211 yards versus the Houston Texans in the 2019 regular season finale, while totaling 182 yards versus New England and 195 yards against Baltimore.

Upon the conclusion of him averaging 6.5 yards per rush on 30 carries versus the Ravens, the 2015 Heisman winner delivered a passionate speech to his teammates in the locker room.

“We ain’t playing,” Henry said. “Believe that. Every single one of us in here… We are the ones they are talking about. Keep that same mentality and we will go all the way.”

With it taking down the Ravens, Henry and the Titans are the hottest commodity in the league and the franchise is in position for its first-ever Super Bowl. The 6-foot-3, 247-pounder has accounted for eight 100-yard games and chimes in with 1,695 yards and 16 touchdowns.

He leads the league in all major rushing categories.

Regardless of who wins between the Chiefs and Texans, it will be a daunting task in trying to stop a determined team with Henry leading the charge.