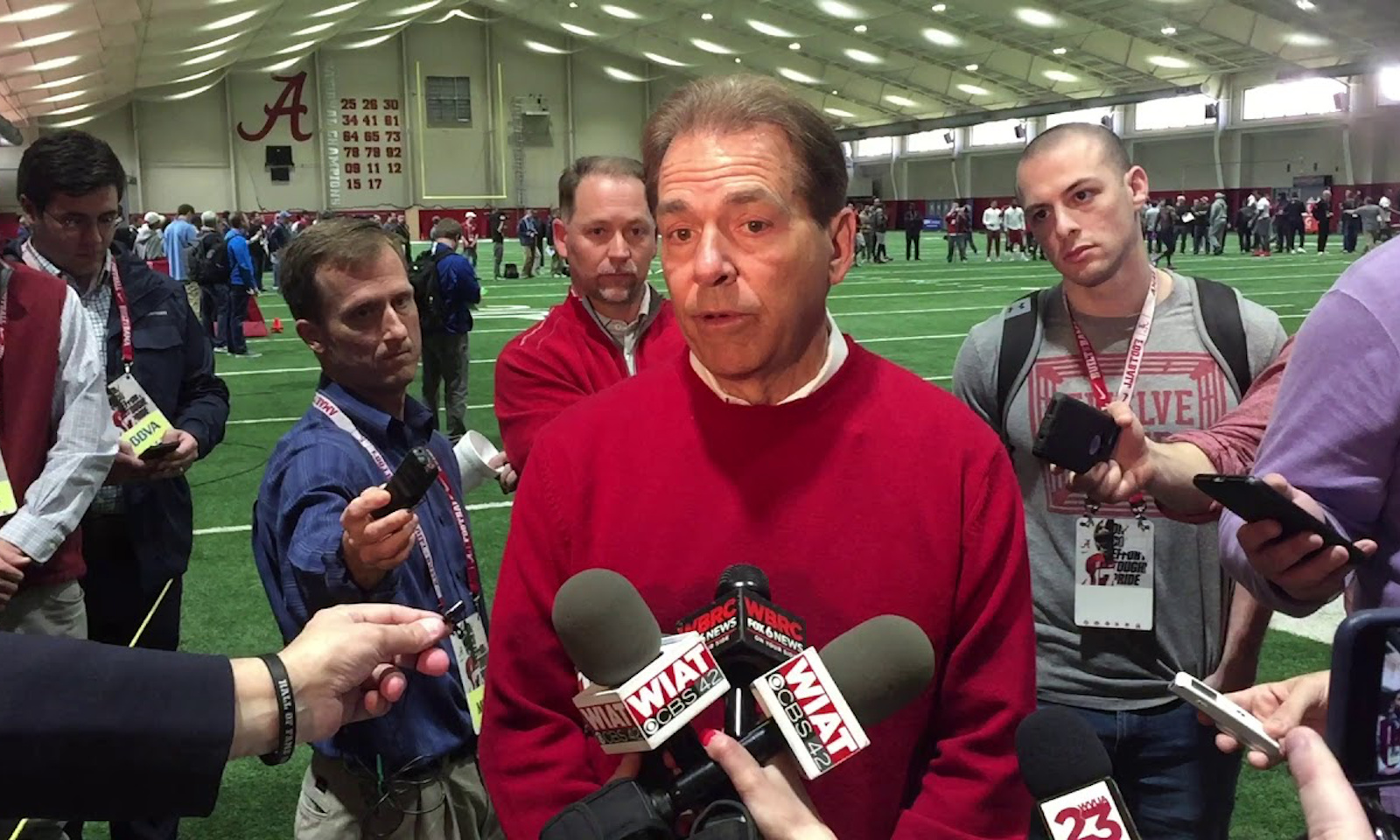 The trio of NFL teams, television networks and Alabama fans will be prepared.

For the Crimson Tide, it’s scheduled to have its annual Pro Day at the Hank Crisp Indoor practice facility on Tuesday, March 24.

News came from Field Yates of ESPN as the time has been set for 9 a.m.

Alabama will conduct its Pro Day at 9 AM on March 24. Always a day that NFL GMs and head coaches mark on their calendar for pre-draft planning.

Alabama tends to always have a strong pro day that consists of three different networks – NFL Network, SEC Network and ESPN – getting footage.

Draft-eligible juniors such as Jerry Jeudy, Henry Ruggs III, Jedrick Wills, Xavier McKinney and Terrell Lewis will be performing drills. While he may not work out, one could expect for Tua Tagovailoa to take part in a few interviews.

RELATED: Report: Tua Tagovailoa will throw for NFL teams on a Pro Day in April

Along with the juniors, the Tide will also have seniors trying to impress scouts one final time before the NFL Draft.