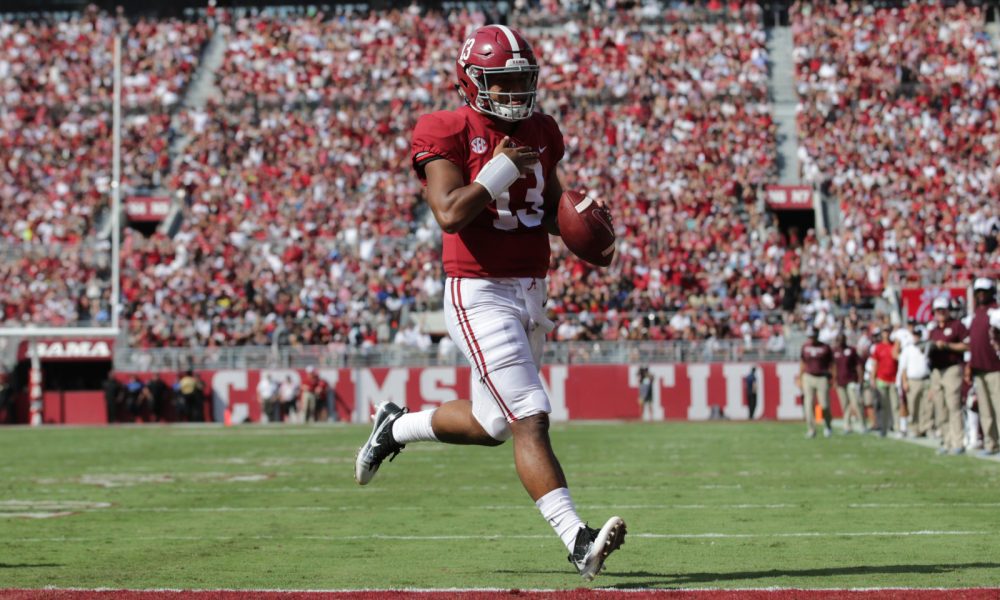 The dream of being a top-five to top-10 pick is becoming real for Tua Tagovailoa.

It has only been two months since he dislocated his right hip and fractured the posterior wall versus Mississippi State, but great news has come to Alabama fans on the former quarterback.

According to Ian Rapoport, national insider for NFL Network, Tagovailoa’s rehab is going very well and via his agent – Leigh Steinberg – he is expected to participate in a Pro Day set before the NFL Draft.

No one knows the exact date; however, the projection set for Tagovailoa to maneuver and throw for NFL teams would be in mid-April.

From our Championship Wednesday coverage on @NFLNetwork: #Bama QB Tua Tagovailoa may throw for NFL teams during a Pro Day in mid-April, thanks to some very positive health news. pic.twitter.com/ooVJCyf0ij

Per Rapoport, health is the lone thing the NFL looks at on Tagovailoa in this process.

All 32 teams know how talented he is and there are at least two teams that will gamble in drafting him in the top-10.

Prior to the injury, he was in line to be in New York City as a Heisman finalist for 2019. The native Hawaiian tossed for 2,840 yards with 33 touchdowns to three interceptions. In terms of his career, he finished with 7,442 passing yards, 87 scoring tosses and 96 total touchdowns. He ranks among the top-three all-time in school history for these stats.

He will not throw at the NFL Scouting Combine.