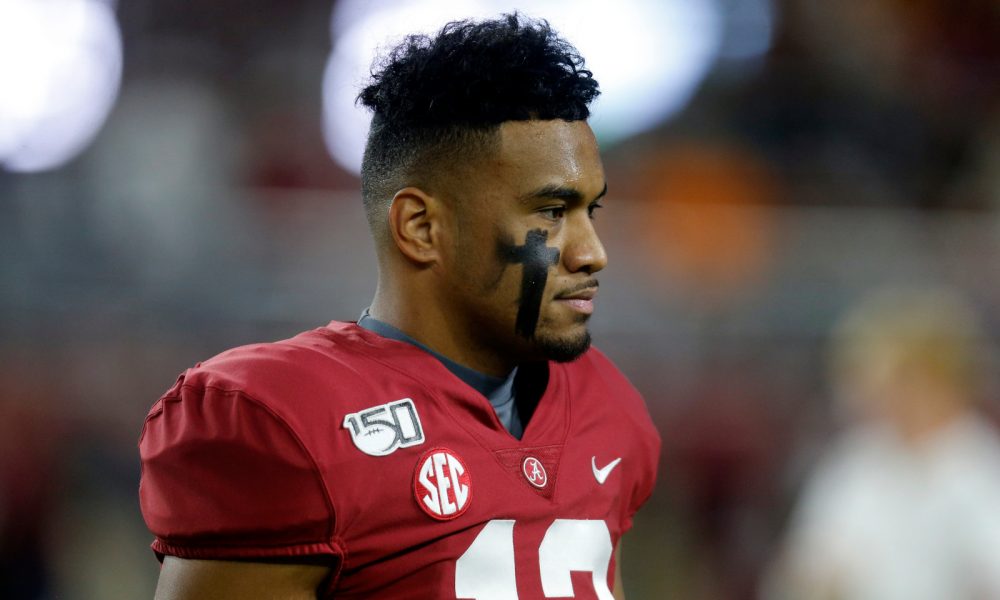 The Hawaiian native will attend the 2020 NFL Draft.

As he continues his rehab at home and on site for the Polynesian Bowl, Tua Tagovailoa announced on Saturday via TJ Horgan of KITV Channel 4 (ABC affiliate) in Hawaii that he will be at this year’s draft in Paradise, Nev.

VIDEO: Talking about staying true to your roots! @Tuaamann told me he’ll invite his home city’s news+sports anchor @RKekaula to chill in his green room at the #NFLDraft … Robert- you in?! pic.twitter.com/YMiGl7opg7

The former Alabama quarterback tossed for 2,840 passing yards with 33 touchdowns to three interceptions last season, prior to sustaining a dislocated right hip versus Mississippi State.

A former five-star, Tagovailoa delivered the Crimson Tide to a College Football Playoff National Championship in 2017 season versus Georgia. He came off the bench in the second half and tossed three touchdown passes in a 26-23 overtime win.

In his first year as a starter, he set the school’s single-season record for passing yards (3,966), scoring tosses (43) and total scores (48), while leading the Tide to a Southeastern Conference title and its fifth appearance in the CFP.

He would also finish the year as runner-up to the Heisman Trophy.

RELATED: Tua Tagovailoa says he didn’t live up to his expectations at Alabama

Although he did not win a national championship as a starter, Tagovailoa’s personality, leadership and toughness captivated the hearts of fans. His positivity touched the heart of his head coach, Nick Saban, and his younger brother – Taulia – is ready to carry on the name.

He is expected to have a Pro Day by mid-April to show NFL teams that he can maneuver and throw on his right hip. Should the event go well, teams will have no issues looking at him as a top-five to top-10 selection.

The NFL Draft is scheduled from Thursday, April 23 to Saturday, April 25.