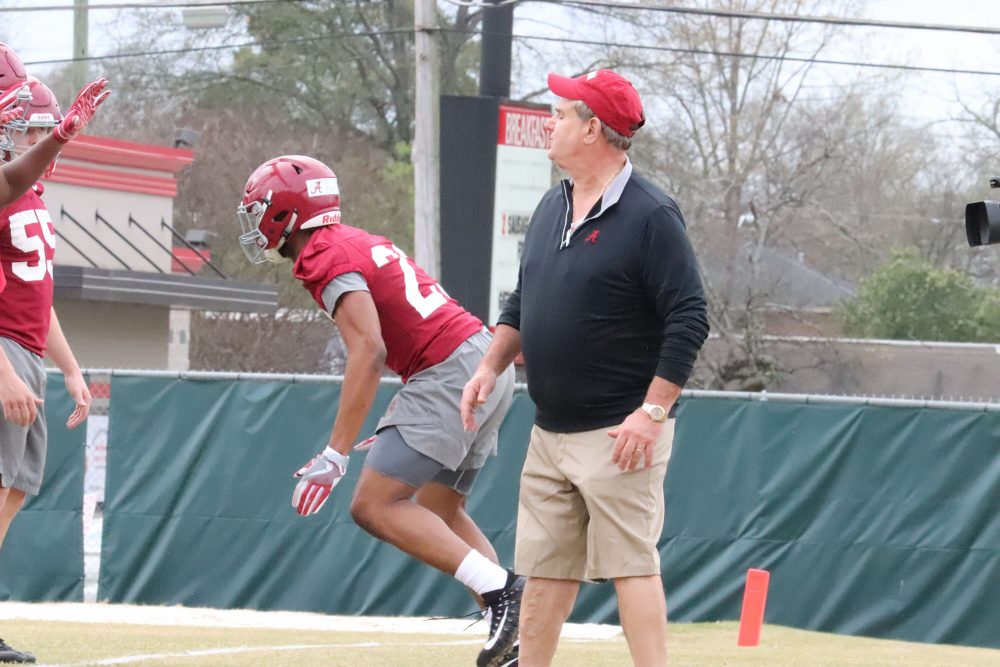 Alabama pulled in its fair share of elite recruits during the 2020 cycle, which was all made possible by the day to day recruiters, who have their boots on the ground throughout the year.

According to most recruiting sites, Alabama’s 2020 class finished among the top 3 classes in the nation. The Crimson Tide’s assistant coaches played a big role in this as they were the main contact between recruits and the University of Alabama for the most part. So, which Alabama assistant coaches were most effective during the 2020 cycle?

Sal Sunseri, Alabama’s outside linebacker coach’s, name came up a ton as he built relationships with some of the Tide’s top targets. With Sunseri in Tuscaloosa, the Tide was able to pull in the likes of 4 and 5-Star recruits: Quandarrius Robinson, Demouy Kennedy and Jahquez Robinson.

Quandarrius described the veteran linebacker coach as an all-around great guy during the recruitment process.

“Coach Sunseri is a very funny guy,” Robinson told Touchdown Alabama. “He is always going to keep you smiling. He is going to always be honest and tell you the truth. He is just a great guy.”

There is also no denying what Alabama’s defensive back coach, Karl Scott, did when it comes to Alabama’s 2020 recruiting class. Scott served as the main recruiter for 5-Star athlete, Drew Sanders, and 4-Star running back, Jase McClellan. Both of those recruits were verbally committed elsewhere before Alabama grab their commitment.

“I texted coach Kelly and said Alabama is where I want to be and I want to be coached by you,” Branch said after he verbally committed to Alabama. “I want to compete against the best of the best every day. I am committing and I am all in.”

Some of Alabama’s other assistant coaches had their moments as well. Perhaps the biggest moment of Alabama’s 2020 recruiting class came with the help of Alabama’s offensive coordinator and quarterbacks’ coach, Steve Sarkisian as he helped Alabama land 5-star quarterback, Bryce Young.

This group of recruiters and coaches are now focused on the 2021 recruiting class and want to carry this momentum and success over to next year’s class.