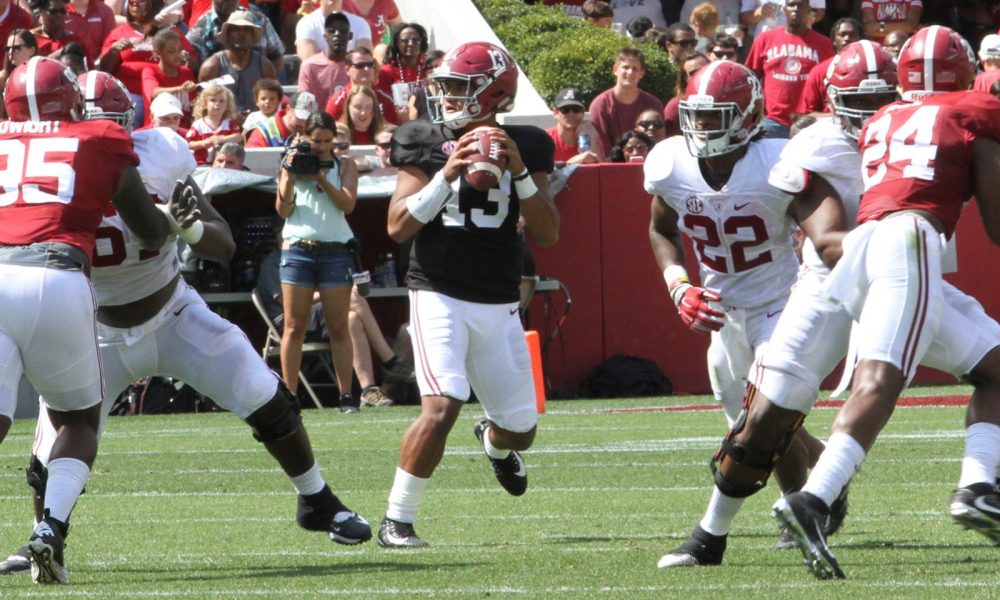 Even though Joe Burrow of LSU won the Southeastern Conference Championship, College Football Playoff National Championship and Heisman Trophy in 2019, one former NFL player and scout does not have him as his top quarterback for this year’s NFL Draft.

Bucky Brooks, an analyst for NFL.com, played five years in the league (1994-98) and scouted for both Carolina Panthers and Seattle Seahawks.

With the NFL Combine coming up in two weeks and the draft in April, he has Tua Tagovailoa of Alabama as his No. 1 QB in the class.

Tagovailoa received great news this week from doctors, as the fracture to the posterior wall of his right hip has healed. Also, he has gained full range of motion in the hip as well. If he continues this progression, the native Hawaiian will be cleared for football activities within a month.

RELATED: Tua Tagovailoa of Alabama could be cleared for football activities within a month

Brooks said Tagovailoa’s “A+” arm talent, athleticism and intangibles make him an intriguing option as a franchise quarterback.

Once a five-star in the 2017 cycle, he lifted the Crimson Tide to a national championship as a freshman – coming off the bench in the fourth quarter to toss three touchdowns versus Georgia in a 26-23 win at Mercedes-Benz Stadium.

He finished runner-up for the Heisman Trophy in 2018 and garnered All-American honors, following a season with 3,966 passing yards and 48 total scores. Tagovailoa was in position to possibly capture the Heisman last year; however, he injured his hip versus Mississippi State.

Along with Tagovailoa, Brooks has Jerry Jeudy, Jedrick Wills and Xavier McKinney as the top players at their respective positions on his draft board.