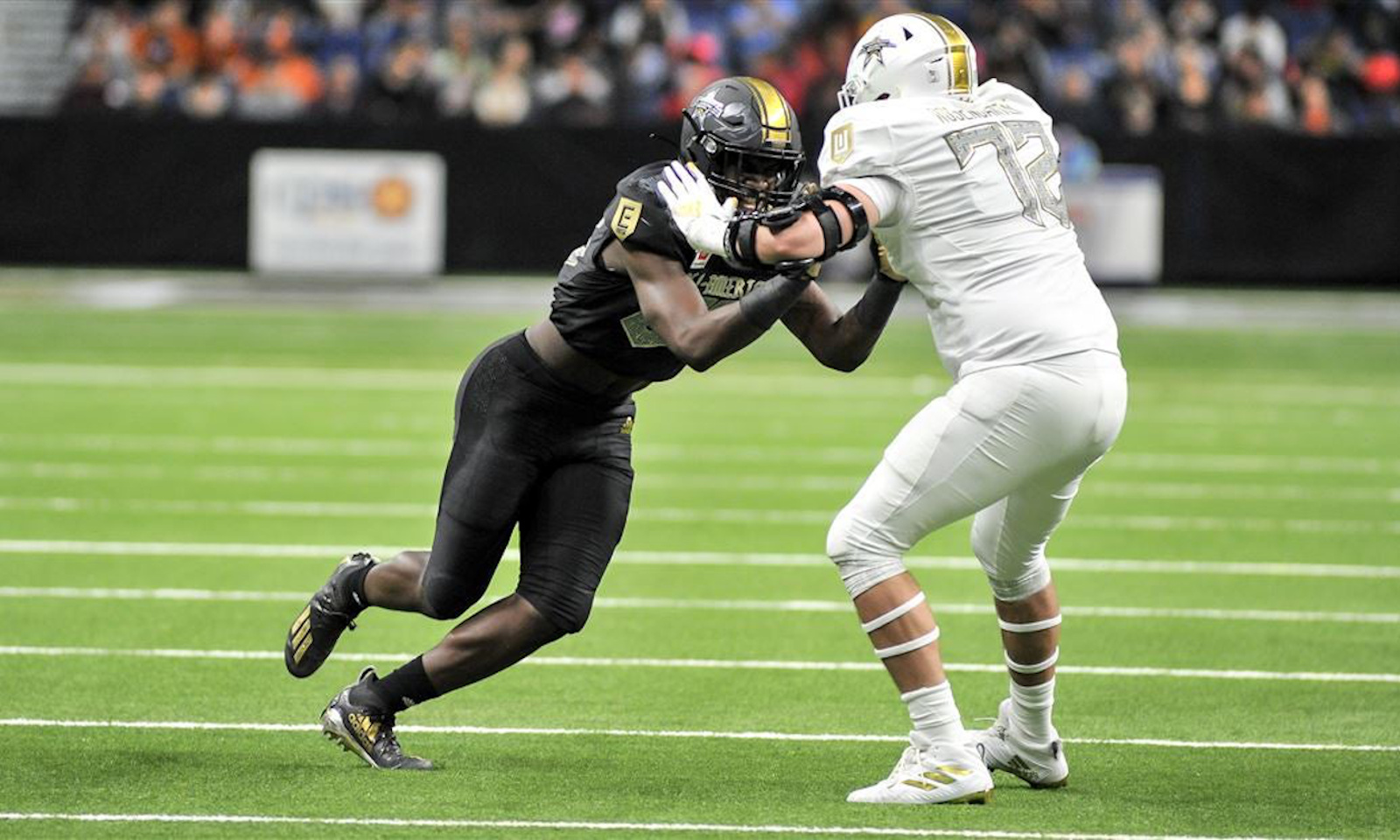 Alabama’s 2020 signing class is serious about restoring the “Bama factor” for the upcoming season.

Of its 25 commits, nine hail from the state of Alabama and six are five-star prospects – including outside linebacker, William “Will” Anderson.

Anderson, a native of Hampton, Ga., was rated a top-10 player in the state of Georgia and stood as one of the most dynamic pass rushers in this recruiting cycle. Listed at 6-foot-4 and 230 pounds, he was incredible at Dutchtown High School – collecting 15 tackles for loss and 22 sacks in his senior year.

RELATED: This spring will be pivotal for Taulia Tagovailoa at Alabama

Anderson captained a defense under head coach, Clifford Fedd that allowed an average of 7.7 points per game in 2019.

Offensive linemen could not keep their hands on him in the All-American Bowl and he dominated the competition at various camps. He chose the Crimson Tide over 40 other schools, including Auburn, LSU and Tennessee.

Sal Sunseri, Alabama’s outside linebackers’ coach, is excited to have him – seeing how his physique resembles Tim Williams.

Nick Saban is about to see his program go back to having elite competition at every position, and the most exciting battle will be at jack linebacker. Christopher Allen, a redshirt junior, is the leader in the clubhouse, but guys like Anderson will be nipping hard on his heels this spring.

According to Brian Branch, Anderson’s teammate in the 2020 class, the defensive back said Anderson will be an all-time great for the Tide.

Will Anderson will be one of the best line backers to come out of bama .💯 https://t.co/IOIlLGTSvC

Like Anderson, Branch hails from the state of Georgia.

When fans think of greatness at that position, Derrick Thomas is the measuring stick.

He still holds the career (52), single-season (27) and single-game (five) marks for sacks in Alabama football history.

Anderson has the size, capability and determination to restore the swagger, and it will be interesting to see how he develops.

Former Alabama QB Blake Sims looking for a shot with the XFL
NFL.com analyst selects the best landing spots for Alabama’s wide receivers
To Top
%d bloggers like this: