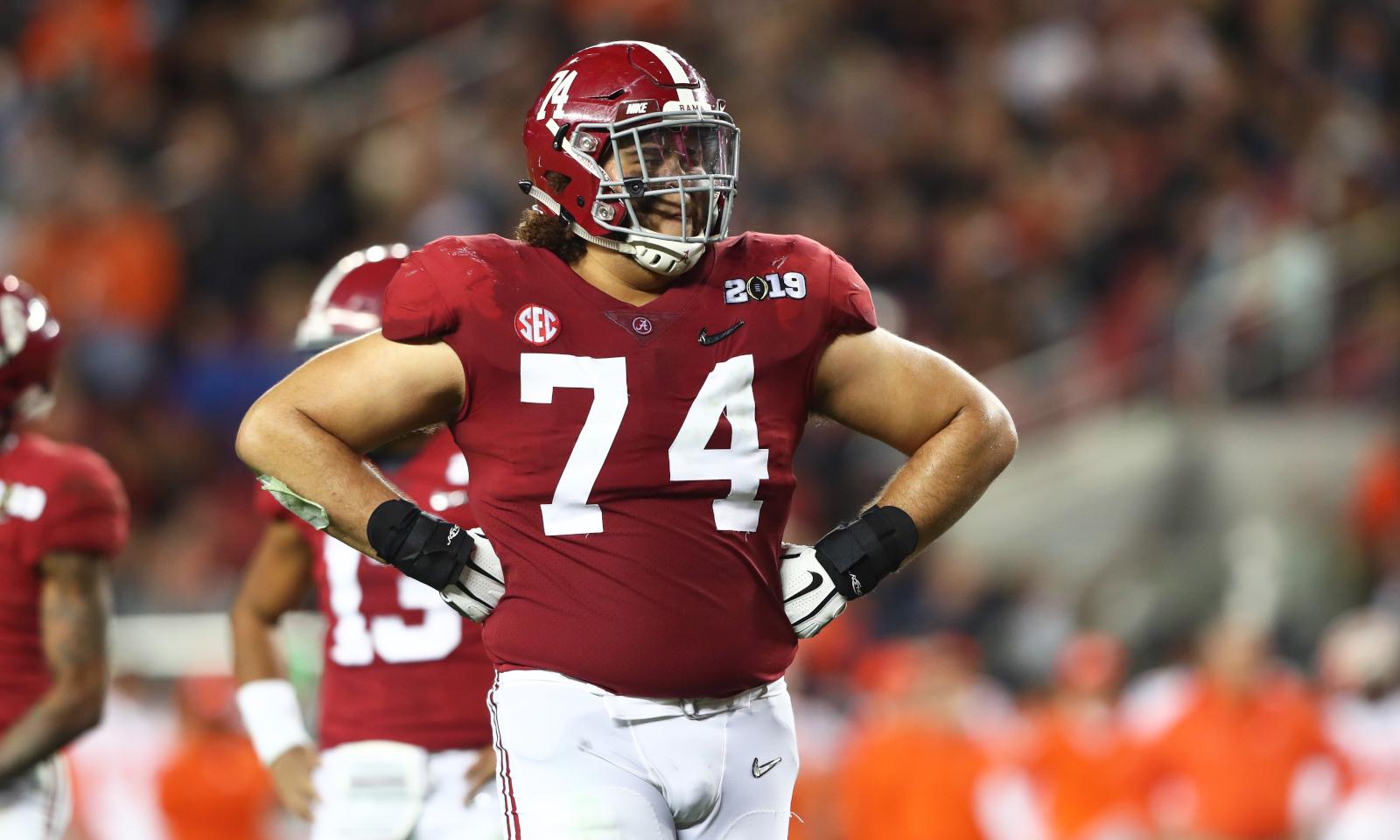 Confidence has never been an issue for Jedrick Wills.

He arrived at the University of Alabama as a four-star offensive lineman from Kentucky in its top-ranked 2017 signing class. After helping the program win a College Football Playoff National Championship as a freshman, Wills grew to becoming a dominant right tackle.

In his sophomore season, he anchored a unit that finished in the top-10 nationally for scoring offense (45.6 ppg), total offense (522 ypg), pass efficiency offense (197.34) and passing offense (323.6 ypg). On top of this, Wills led the offensive line in knockdown blocks (50) and allowed just one sack in all 15 games as a starter.

He pushed the Crimson Tide to a Southeastern Conference Championship and a Capital One Orange Bowl victory over the Oklahoma Sooners.

As a junior, Wills was even better. He graded out at 91 percent on assignments and allowed one sack in 2019.

He posted a success rate of 99% and led a group that surrendered just 12 sacks in 406 pass attempts. If not for a hip injury to Tua Tagovailoa, Wills and the Tide would have returned to the CFP and probably secured a national title.

Instead, losses to both LSU and Auburn landed it in the Citrus Bowl. However, Alabama did earn its 11th win against Michigan.

He is regarded as the No. 1 offensive tackle in this year’s draft class and according to Drew Davison of the Fort Worth Star-Telegram, Wills wants to drop some “freakish numbers” at the NFL Scouting Combine. He has been training with Bobby Stroupe, who is the founder of APEC Fort Worth (Texas) Training Complex.

Per Stroupe, Wills hit 22 miles per hour on a fly sprint.

He has a solid frame at 6-foot-5, but Wills has dropped five pounds.

Now weighing at 315, he feels like he has the speed and power to provide NFL teams an experience of what he can do. In his final season at Alabama, his best outing came in a meeting with the LSU Tigers. Wills neutralized one of the top edge rushers in this draft, as K’Lavon Chaisson had no success against him.

He did not allow a sack of Tagovailoa and the All-American quarterback threw for 418 yards with four touchdowns on a sprained ankle.

Most draft analysts have Wills projected between the top-10 and top-20.

He’s prepared to put on a show next week.