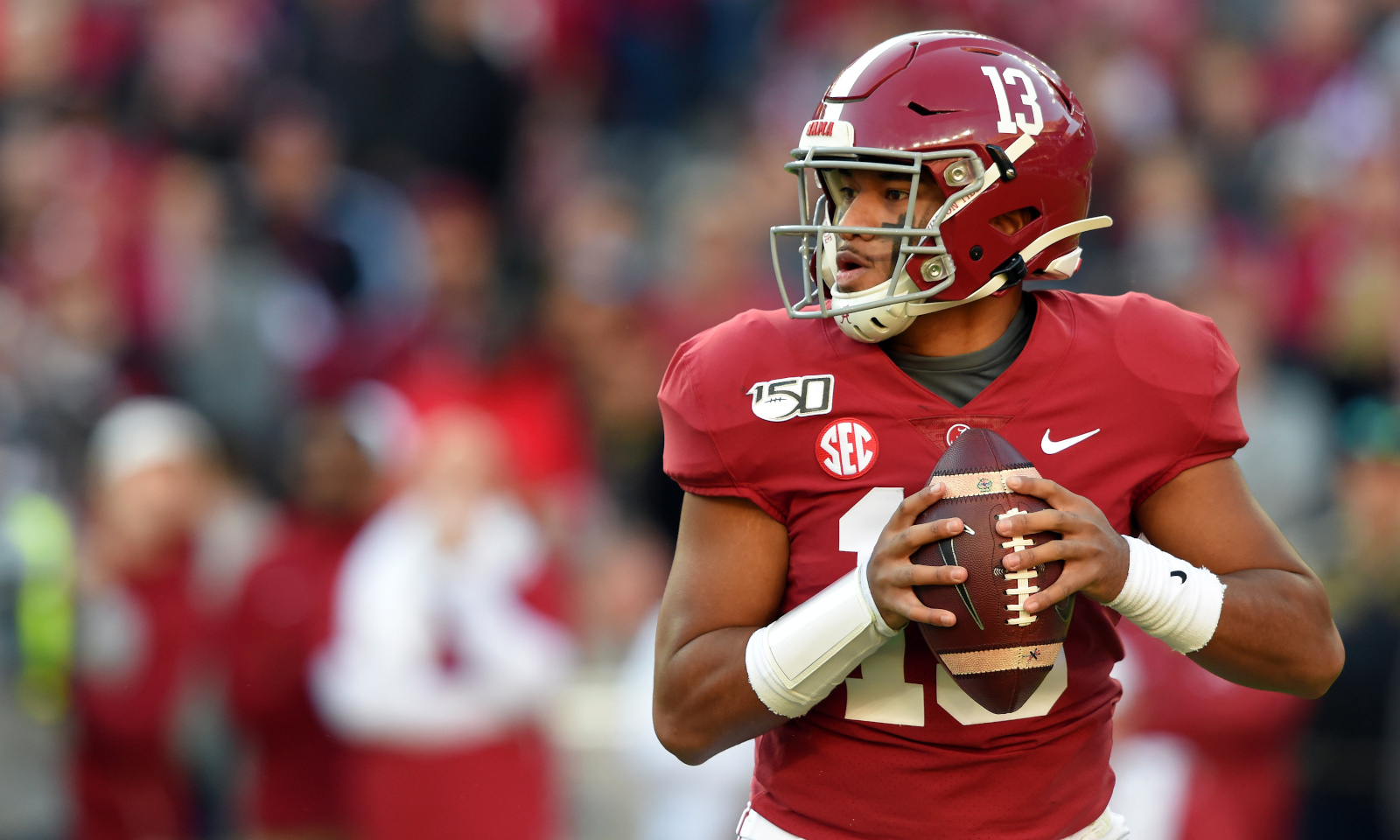 The NFL Combine is next week and all eyes will be on the quarterback position.

Joe Burrow of the LSU Tigers was incredible in 2019, and many draft analysts have him as the No. 1 signal caller in this year’s class.

After ruffling the feathers of Tiger fans, Bucky Brooks returned with his reason as to why he would not draft Burrow at No. 1 overall. The former NFL player and scout has Tua Tagovailoa of Alabama as his primary quarterback on the board.

According to Brooks, Tagovailoa has a ‘higher ceiling’ than Burrow.

Both players are the talk of the class and with the Bengals and Dolphins selecting players in the top-five, a major decision is in order. Tagovailoa ended his career with the Crimson Tide as its all-time leader in touchdown passes (87) and total scores (96), while tossing for 7,442 passing yards in three years. He delivered Alabama to a College Football Playoff National Championship in 2017 as a freshman and finished runner-up to the Heisman Trophy in the following season.

He received great news on right hip, as the fracture to the posterior wall has healed and he full range of motion on it.

RELATED: Former NFL player, scout has Tua Tagovailoa of Alabama as his No. 1 QB for NFL Draft

Tagovailoa will meet with his medical team throughout the combine and participate in interviews.

Should he remain healthy, the native Hawaiian will have a great pro career.