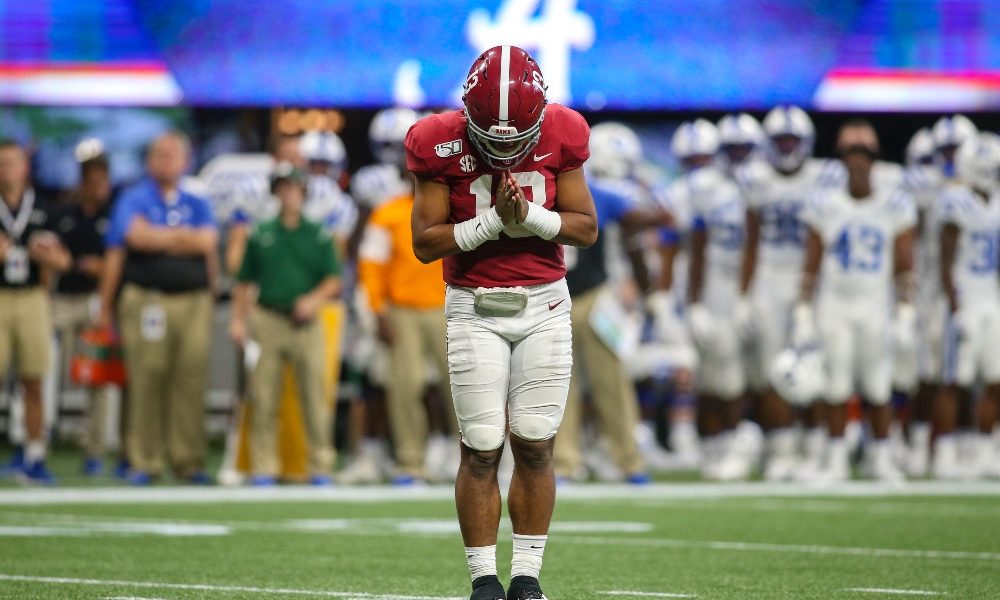 The main objective for Tua Tagovailoa is to play football again, especially after his junior season and remainder of his collegiate career at Alabama was cut short because of a hip injury.

He wants to prove he can still compete and win at the next level; however, the former All-American and national champion has a preference of where he would like to go in the National Football League. According to a video posted by Blogging the Boys, a SB Nation site for the Dallas Cowboys, Tagovailoa would not mind playing the franchise known as “America’s Team.”

Tua Tagovailoa: “If you’re saying to me I could choose what team I want to play on, as far as my favorite team growing up, I’d probably tell you the Cowboys.”

He grew up a Cowboys fan and has no problem learning from Dak Prescott, but he also knows the team doesn’t select until pick No. 17 in the NFL Draft. Would Jerry Jones make the move to trade up and get Tagovailoa?

Probably not, but it’s interesting to note he loves the Cowboys.

Overall, the native Hawaiian does not mind learning from a veteran on any team.

RELATED: Tua Tagovailoa to have an autograph signing for Alabama fans this week

He simply wants to secure his dream of playing on the biggest stage possible.

At Alabama, he finished second in the Heisman voting and snatched multiple school records – including most touchdown passes (87, career) and most total touchdowns (96, career).

Tagovailoa helped the Crimson Tide to a Southeastern Conference Championship in 2018 and should he remain healthy, he has all the tools to lead a franchise to numerous Super Bowls in the future.

Next week, he looks to win his medical at the NFL Scouting Combine.