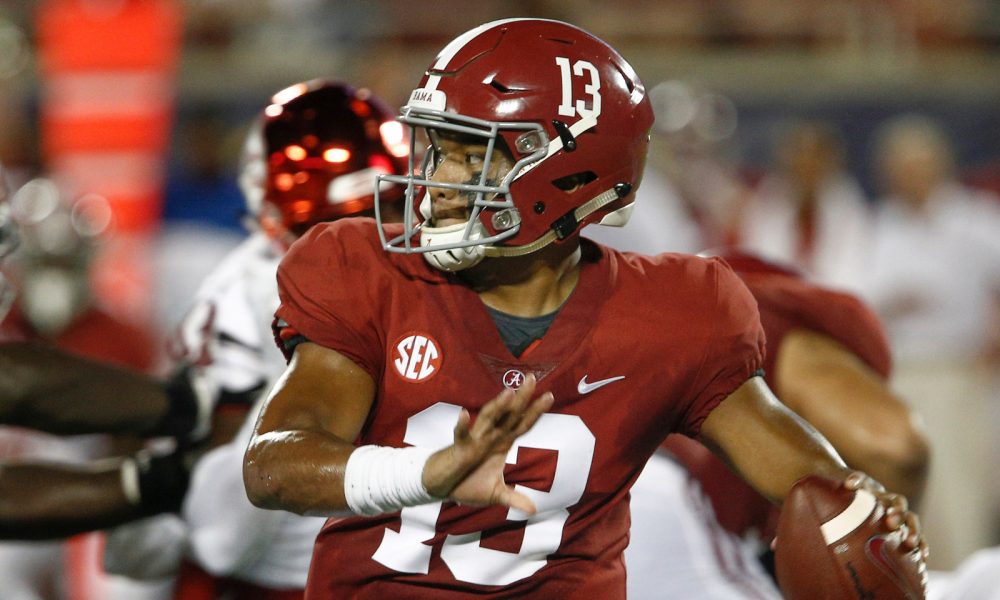 Will it truly put together an offense of former Alabama players?

The interest has started taking shape, when it comes to Tua Tagovailoa and the Washington Redskins. With hiring Scott Turner at offensive coordinator and bringing in Ron Rivera as its new head coach, the Redskins have the No. 2 overall pick in the upcoming NFL Draft and ‘everything’ is an option for them – according to an article from Kevin Patra of NFL.com.

This includes Tagovailoa, a two-year starter at quarterback for Alabama.

Ian Rapoport, a national insider for NFL Network, believes it is a ‘real possibility’ that Washington takes the Hawaiian native with the No. 2 pick.

“It’s not the craziest thing we have ever heard,” Rapoport said on Wednesday.

“The Cardinals literally did the same thing last year. Obviously, there were more positive signs for Dwayne Haskins toward the end of the season, but it is a new staff. You have Scott Turner and you have Ron Rivera, who did not pick Dwayne Haskins. They like him, they would like him to be their franchise quarterback, but Tua is such a good prospect. He is a promising prospect. If they believe he is head and shoulders above Haskins, they believe he is the franchise guy. At least, they will have to consider it.”

Tagovailoa, who projects as a top-10 selection, is meeting with the Redskins today.

RELATED: Tua Tagovailoa expects to be medically cleared for workouts on March 9

He received more positive news about his right hip on Wednesday, as Rapoport stated via sources that the MRI’s came back clean and there was no loss of blood flow.

Following two days of medical testing, #Bama QB Tua Tagovailoa received overwhelmingly positive reports on his dislocated hip from teams who examined him, sources say. The MRIs were as clean as hoped, fracture is healed, there is no loss of blood flow. One source: “Looked great.”

It already has a bunch of former Tide stars on defense; however, landing Tagovailoa would be a game changer for the Redskins.