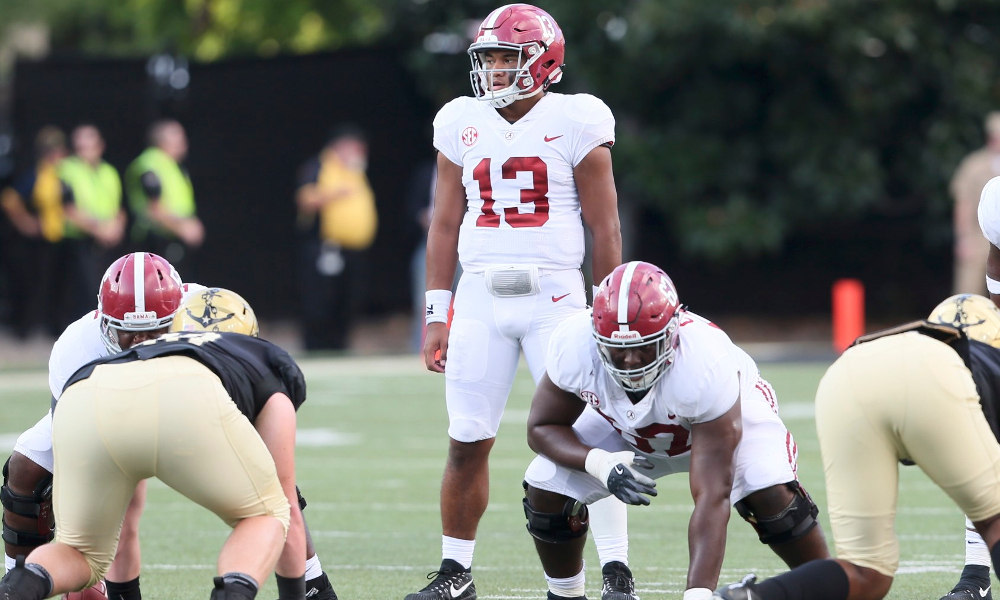 He can go anywhere within the top-10 of this year’s NFL Draft and three months after having a dislocated right hip injury, nothing but good news is coming to Tua Tagovailoa.

He checked into the NFL Scouting Combine on Monday for measurements.

After posting a strong weigh-in, he met with team doctors at 10:00 a.m. and did not leave until close to 8:00 p.m. that night – according to Chase Goodbread of NFL.com. Tagovailoa entered this process with one goal in mind: win the medical.

He is doing it with each passing day.

Per Goodbread, the native Hawaiian expects to be cleared medically to work out on March 9.

Tagovailoa expecting medical clearance to work out at a check-up on March 9.#NFLCombine

Along with this, Dane Brugler of The Athletic reported that Tagovailoa will have his Pro Day on Thursday, April 9 and plans to do everything.

He was a national champion (2017) and a Southeastern Conference champion (2018) in his three years at Alabama. Tagovailoa is the school’s all-time career leader for touchdown passes (87) and total touchdowns (96).

Tua will hold his own pro day April 9 and plans to do everything.

He finished runner-up to Kyler Murray for the Heisman Trophy.

With the positivity surrounding his hip, a commotion has happening in the first-round when it comes to which franchise will draft him.

The Miami Dolphins have had its eyes on him, but the Panthers, Lions, Chargers and Bengals all need a signal caller.