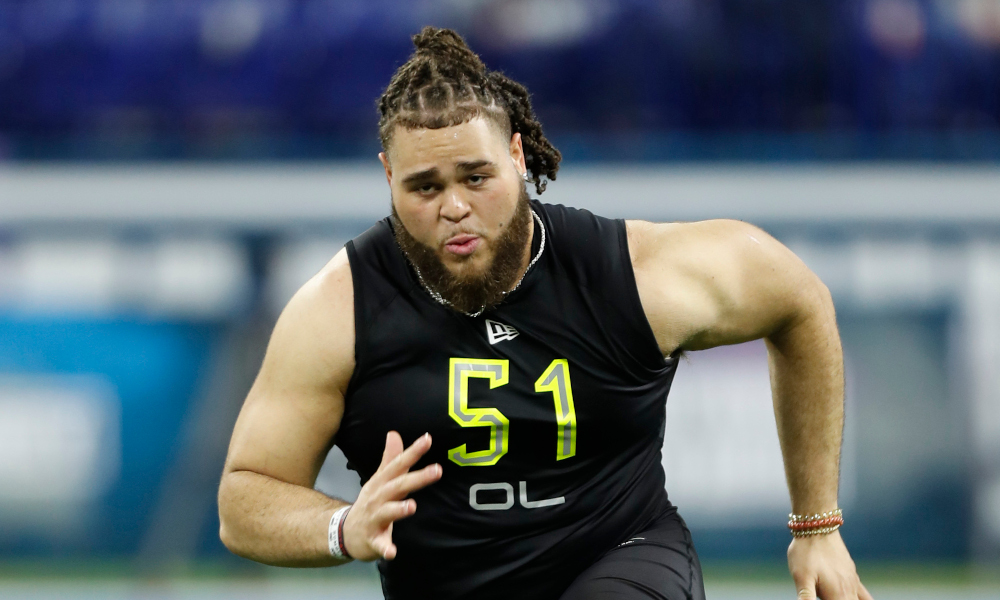 He said he would drop freakish numbers at Lucas Oil Stadium and while Tristan Wirfs of Iowa may be the first offensive lineman drafted, Jedrick Wills will immediately follow him.

A native of Kentucky and product of the University of Alabama, Wills had one of the top six 40-times among his group. He tied for sixth at 5.05 seconds and carried the second-highest vertical jump of 34.5 inches. The 6-foot-4, 312-pounder had a 9’5” broad jump and during the on-field drills, the former national champion drew much attention from the crowd at Indianapolis.

Upon popping one of the bags, Wills almost knocked an NFL scout down.

Jedrick Wills!! Popped the pad and got a cheer from the fans there at the stadium. pic.twitter.com/bRFslx4ILq

If not for the hype around Tua Tagovailoa, the two-year starter at right tackle would carry projections of a top-five pick. As it stands, Wills can still be selected within the top-15 – especially when one looks at his dominance in both run-blocking and pass protection.

Wills leaves the Combine with money in the bag and anticipates building off this effort at his Pro Day.