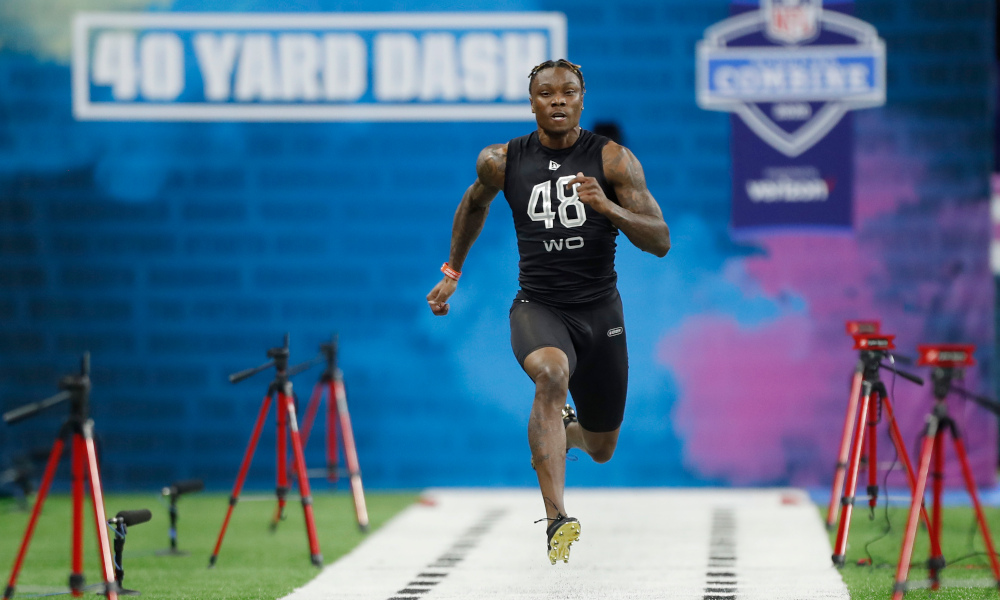 The University of Alabama had two of its former wide receivers participating in on-field workouts at the NFL Scouting Combine on Thursday.

Both Jerry Jeudy and Henry Ruggs III cemented themselves as first-rounders for the draft in April with strong performances.

He may not be a burner, but speed has never been Jeudy’s game.

He is an exceptional route runner, who makes his money off footwork to create separation.

Although he wanted faster times than 4.46 and 4.52 seconds, both were times draft experts expected Jeudy to run. A native Floridian, he added a 35” vert and a 10-foot broad jump to his outing, securing the status of an early first-round pick. Jeudy ended his career at Alabama with 26 touchdown catches, two 1,000-yard seasons, All-American honors and a Biletnikoff Award.

As for Ruggs, he came close to making history.

His unofficial times of 4.28 and 4.31 seconds did not beat John Ross, but he is the fastest receiver in this class.

After measuring out with 10” hands, Ruggs displayed a freakish 42” vertical – tying him for second among receivers. He followed it up with a 10’11” broad jump, which tied him for fourth among the group. He may be disappointed with his 40-time; however, Ruggs was able to separate himself from Jeudy and others. A native of Montgomery, Ala., he stands as a top-three receiver and a concrete first-round selection.

Teams like the Eagles, Saints and Packers among others are pinching themselves for an opportunity to draft Ruggs.

His official time was 4.27 seconds.

RELATED: NFL Draft analyst does not see Jalen Hurts falling below the second round

Both players create high value for themselves and will now get ready for Pro Day.