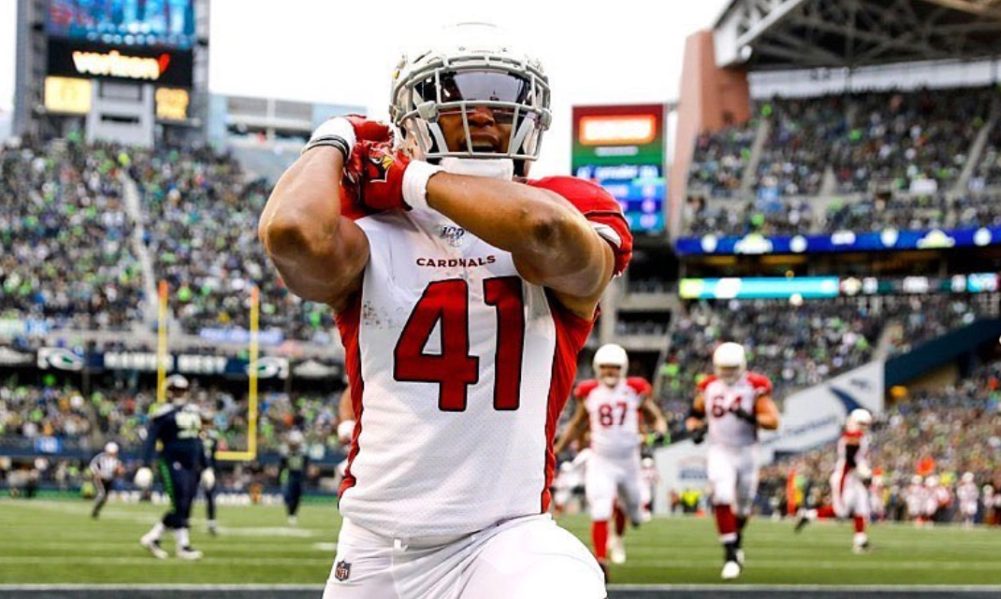 It’s been a busy offseason so far for former Alabama running back Kenyan Drake. He signed the transition tag that was placed on him by the Arizona Cardinals to head back for another season. And he’s also started his own 32 team Madden league to pass the time and connect with his fans.

Speaking of connecting with his fans, if there were some who weren’t very familiar with Drake’s history with the Auburn Tigers, he decided to remind everyone just how he feels.

In his four years at Alabama, Drake had a record or 3-1 against the Tigers. Due to injury Drake was only able to play in two of those games where he rushed for a total of 100 yards on 14 carries.

Although the record was lopsided between the two, the one loss to Auburn was in fact the famous “Kick Six” game which has haunted Alabama supporters to this day.

So for Drake to show strong feelings towards Auburn is quite understandable when it comes to the fans of the west.

Alabama OLB Terrell Lewis has a message for the doubters
Alabama WR Jaylen Waddle preparing for a monumental junior season
To Top
%d bloggers like this: