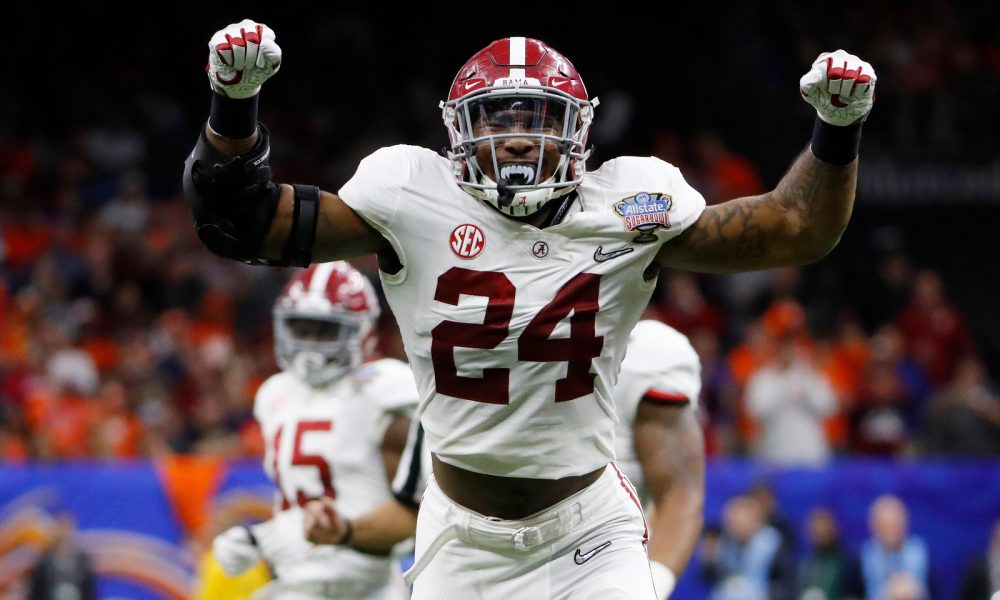 Due to the coronavirus pandemic, the NFL Draft – which was originally being held at Paradise, Nev. — will now be done virtually. News of this came on Thursday via NFL.com, as the event will still go from April 23-25. All 32 teams will be conducting the draft from outside their facilities, using phones and internet for communication.

According to the site, 58 prospects will participate in the virtual draft – including six standouts from the University of Alabama.

Tua Tagovailoa (quarterback) and Jedrick Wills (offensive lineman) are both expected to be selected in the top-10.

The duo of Jerry Jeudy and Henry Ruggs III anticipate hearing their names called in the top-15, and Ruggs could be the first receiver taken off the board. Defensively, Terrell Lewis (outside linebacker) and Xavier McKinney (safety) were two impactful players for the Tide. Lewis may potentially be a late first-rounder or early second-rounder. McKinney kept Alabama within the top-20 nationally for scoring defense and total defense, while having 95 total tackles.

He projects as a first-rounder and could go to either the Dallas Cowboys, New England Patriots or Seattle Seahawks.

Of the six players, Tagovailoa and McKinney were voted as permanent team captains for Alabama.

It will be interesting to see where each one falls in the next two weeks.