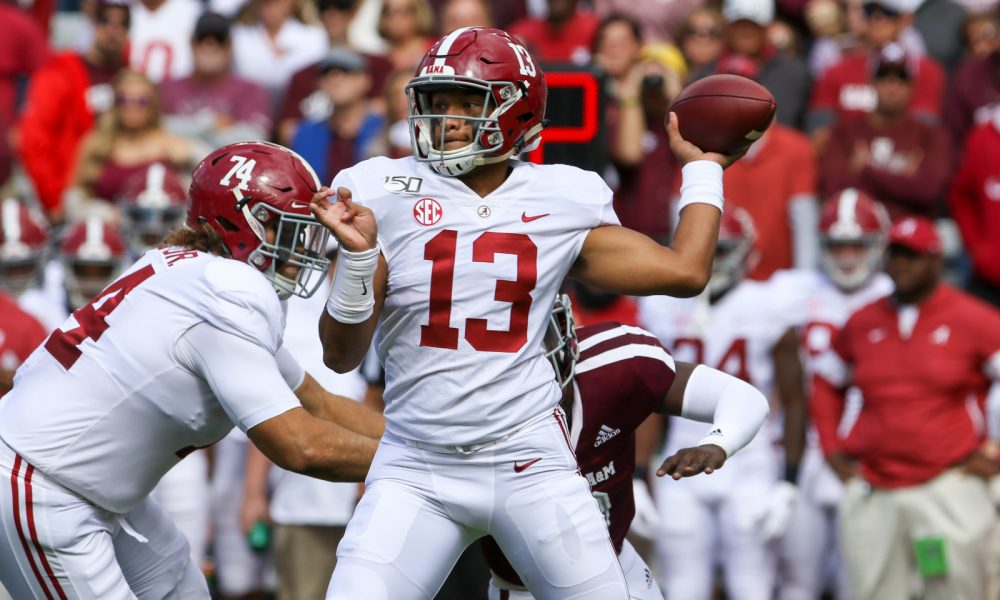 The coronavirus outbreak negated an opportunity for local media outlets in Alabama to report on Tua Tagovailoa’s pro day; however, the former Crimson Tide standout still had an event.

Despite the global crisis and a vicious tornado that ripped through Nashville, Tenn., the native Hawaiian decided to hold a virtual pro day on Thursday in Nashville.

News came from the Washington Post, as we are two weeks away from the NFL Draft.

According to the article, Trent Dilfer conducted the pro day. A former NFL quarterback and Super Bowl champion, the Elite 11 head coach has known Tagovailoa and his family for a long time.

Dilfer told the Washington Post that the workout was one hour long and consisted of 55 scripted throws. Another 20 attempts would be added on in what Dilfer referred to as a “dynamic setting.”

He said the pro day was built around four elements of Tagovailoa’s game: twitch, movement, power and precision.

Leigh Steinberg, Tagovailoa’s agent, has already established the fact of reports on his client’s hip have been “overblown” and that the doctors have been “very clear that Tagovailoa’s health is fine.”

He continues to be looked at as one of the top two signal callers in the draft class.

The quartet of Washington, Detroit, Miami and Los Angeles (Chargers) are all in line to possibly land the Heisman finalist and All-American from 2018, but who will get him? Per Dilfer, the videos from the pro day will be sent to all 32 NFL teams.