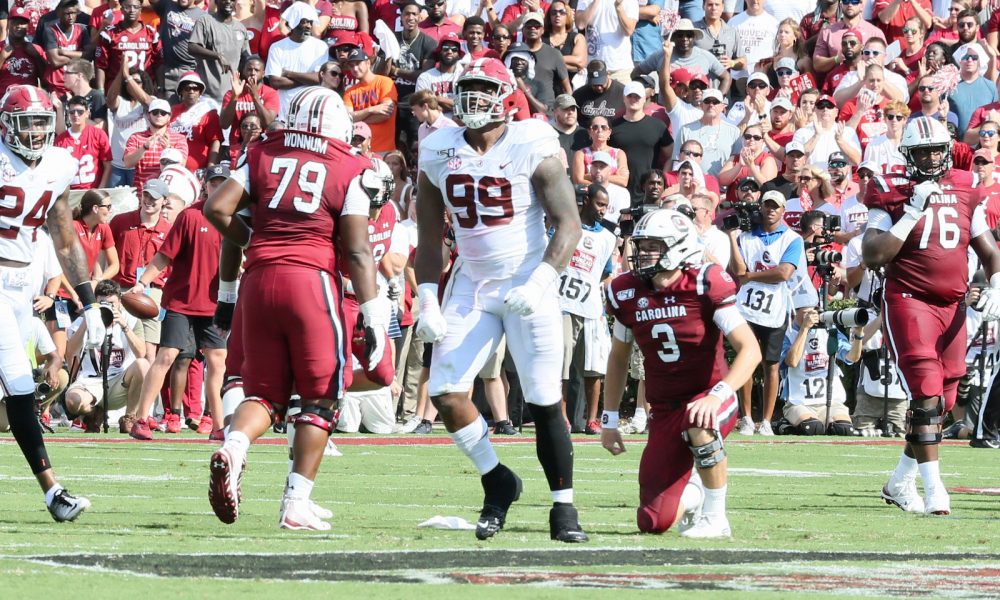 Shortly after inking Tua Tagovailoa to a deal on Monday, the Miami Dolphins and Raekwon Davis agreed to terms on a four-year contract.

The former Alabama defensive lineman was selected at No. 56 overall in this year’s NFL Draft, and Field Yates of ESPN was first to report the news of Davis signing his deal.

Another Dolphins rookie signed: DL Raekwon Davis, the 56th pick in the draft has signed his four-year rookie deal.

According to the South Florida Sun Sentinel, the Dolphins got the deal official with Davis for $5.65 million. He pockets a signing bonus of $1.67 million, as he looks to be a key cog for head coach Brian Flores on the defensive front.

A native of Meridian, Miss., Davis had his finest season in 2017 – recording 69 tackles, 10 tackles for loss, 8.5 sacks and one interception.

As a sophomore, his production led Alabama’s defense to the College Football Playoff and a national championship game win over Georgia.

RELATED: Tua Tagovailoa and the Dolphins officially agree on a four year deal

Although he was not able to recapture the numbers in his junior and senior seasons, Miami believes it can work with Davis.

He was a two-time Southeastern Conference champion, but he anticipates making a splash in the National Football League.