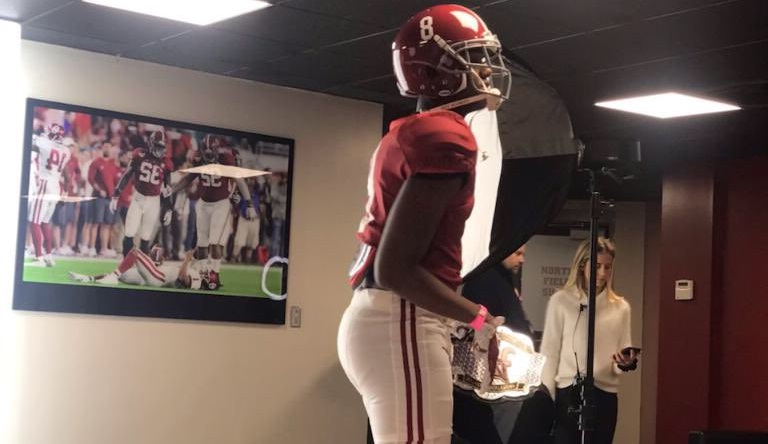 The landscape of college football recruiting is constantly changing and prospective recruits are beginning their recruitment process earlier and earlier.

Kissimmee, Florida product, Derrick LeBlanc, is a product of this change. After only playing one year of high school football, LeBlanc holds more than 30 Divison 1 offers, including one from Alabama. The Crimson Tide offered him during their Junior Day Event in February.

“I was told by coach (Jeff Banks) during my visit,” LeBlanc said. “I was blessed to receive it because it is like the best program in the nation. I was so excited. I was asking myself, do you know how prestigious this school is? I met Nick Saban after he got through talking to as a group and I was in awe. It was the goat himself.”

WOW…… After a great visit I’m blessed to say that I have received a scholarship to the university of Alabama 🐘❤️ @RivalsCorey @BamaOnLine247 @FootballKowboy pic.twitter.com/ZAkU4AGOaK

Some of the top programs in the nation have put their names in the hat for LeBlanc’s services. Offers have continued to flow in for him ever since November of 2019. The rising sophomore said he feels this early recruiting attention is a product of his work ethic.

“I think this is a result of my hard work,” LeBlanc said. “My coaches said they knew this was coming, but not this early. It is truly a blessing because of all of this is happening. I now get a chance to pick and choose what I like and Alabama has everything I like.”

LeBlanc has witnessed the dynasty Saban has led in Tuscaloosa for most of his life. The amount of NFL players Alabama has produced under Saban and the consistency the six-time National Championship coach has had is something LeBlanc really likes.

“The man produces NFL talent every year,” LeBlanc added. “Every year, he sends players to the league, a lot of players. I just imagine what he can do for me. It speaks for itself. He knows what he is doing. You can not beat that, one of the best college coaches in the country.”

LeBlanc has the size to play college football already with his 6-5 247-pound frame. As a freshman, he showed flashes of what is to come for him. Although he is a bit raw, he showed his willingness to use his hands and a nice jump off the line.

“When I make my decision, I am going to consider the graduation rate, their sports medicine program, their environment and the scheme they run,” LeBlanc said. “I  look at all these things. Many people say I am different because I look at things differently. A lot of kids get offers early and go crazy. I am planning to think through everything and do my research.”