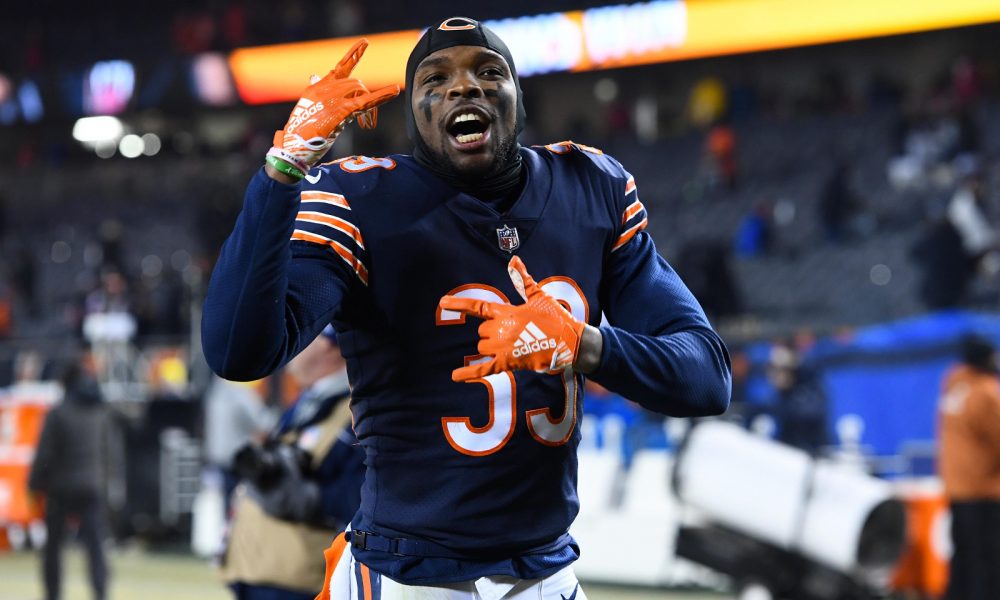 Eddie Jackson’s story to success is one which entails hardship and struggle on the football field. After taking some time to figure out his role in a loaded Alabama secondary, Jackson became one of the teams premiere players, leading the back end of the defense. But during his senior season, Jackson suffered a fractured leg, cutting his seasons short and raising some questions about his NFL draft statues.

But slipping back to the fourth round didn’t hinder Jacksons ability to make an immediate impact for the Chicago Bears. In three seasons with the franchise Jackson has performed at an All-Pro level and was rewarded with a four-year deal worth $58.4 million, making him the highest paid safety in the NFL.

What made Jackson get onto the field and be successful was the same reason he was able to dominate at the college level. Jackson displays tremendous speed and instincts at free safety which allows him to make a ton of plays on the ball once or even before it leaves the quarterbacks hands.

Within his first three seasons Jackson has accumulated 10 interceptions, with 6 coming in the 2018 seasons alone. This sort of production has caught the eyes of many offensive coordinators around the NFL who make it a point to know where Jackson is at all times.

And his play has also gained the respect of past NFL greats like Hall of Fame safety Rodney Harrison.

“I think this young player is a terrific player,” Harrison said, via NBC Sports Chicago. “Good size, great instincts, everything that you want in an all-star caliber safety. I thought he played a little out of position last year, playing a little more strong safety, I think he’s a more of a natural, ballhawking free safety. They need to bring somebody in to play that (strong safety) position. Just let him roam with his athleticism.”

2019 was a bit of a down turn in terms of Jacksons first two seasons, largely due to his expanded role in the secondary. This was due to fellow former Alabama safety Ha Ha Clinton-Dix joining the squad and not exactly performing how the Bears wished. Like Harrison said, Jackson is a natural fit to be a roaming, ballhawking free safety rather than playing up toward the box.

“A guy goes from getting his hands on the ball, strips, INTs, pass breakups, and then you take him out of the center, where he was a first-team All-Pro, and I actually voted for him, and you put him in the box?” Harrison said. “It’s crazy. You don’t have to pigeonhole him, but don’t put him in the box solely, because you just limit his ability and what he can do.”

So when Jackson is moved back to playing the middle of the field, Harrison believes his maximum potential is that of NFL greats.

“I think Eddie Jackson needs to go in the middle of the field, because he’s got so much range and so much vision,” Harrison said. “You look at the vision and the instincts, it’s like Ed Reed. Why would you take him out of the center of the field, and put him as the strong safety? If you’re going to do anything, send him off the edge, bring him, blitz him, disguise, move around, do all those different things.”

Chicago has made it a point this past offseason to try and find that man, who can play up in the box to allow Jackson to move back to his primary position. Either veteran Tashaun Gipson or fifth year player Deon Bush will need to step up in order for the secondary to perform like years past.