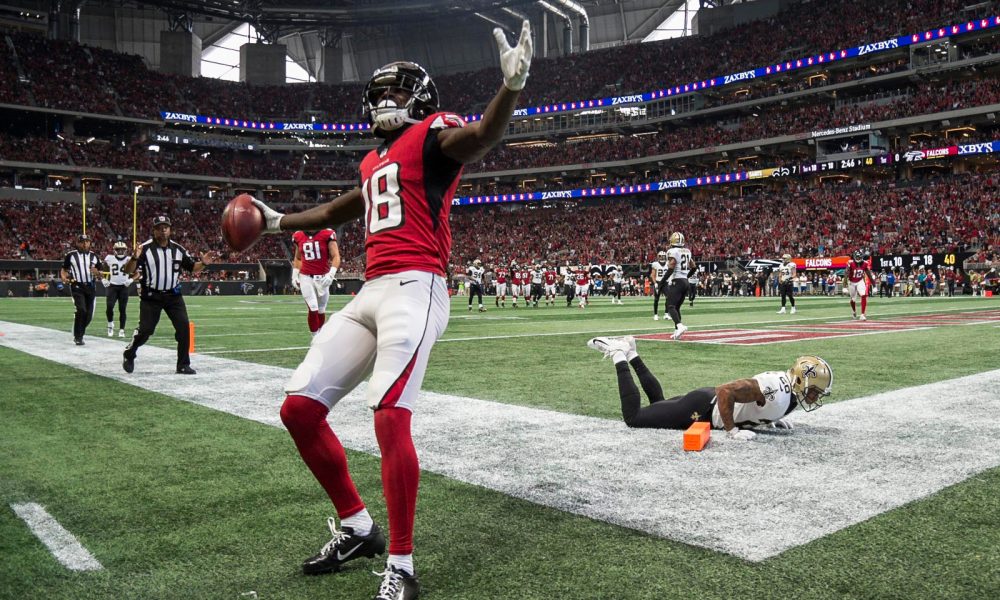 Not too many defenders in high school or college willingly chose to defend Calvin Ridley one-on-one. Before the arrival of Jerry Jeudy in 2017, Ridley was a juke-moving, route-running machine from Florida in the 2015 recruiting class for Alabama.

As a five-star athlete, Ridley earned Freshman All-American honors – following a season of 1,045 receiving yards with seven touchdowns on 89 catches. He paced the Crimson Tide to a Southeastern Conference Championship and a national title.

Although he would not have another 1,000-yard year, he finished second all-time for career receptions (224), third in receiving yards (2,781) and fifth in touchdowns (19). In his final College Football Playoff national title meeting with Georgia in 2018, Ridley caught one of three scores from then freshman, Tua Tagovailoa.

He was taken at No. 26 overall by the Atlanta Falcons in the 2018 NFL Draft and through two seasons, Ridley has 1,687 yards with 17 touchdowns on 127 catches. He’s totaled at least 800 yards receiving in each of the last two years, and year three shaping up to be even better.

While he’s on the same team as former Tide standout Julio Jones, Ridley takes great pride in his route-running skills.

In a video he posted to Instagram this week, supporters of the Falcons and Alabama football were mesmerized by the moves he put defenders. His quickness to break off routes, work back to the quarterback, and maneuver around the field with ease is effortless.

Ridley’s craft not only caught the attention of superstar quarterback Lamar Jackson, but it also has fans anticipating a 1,000-yard campaign for him.

After losing Mohamed Sanu and Austin Hooper, more opportunities will open for Matt Ryan to look in Ridley’s direction this fall.