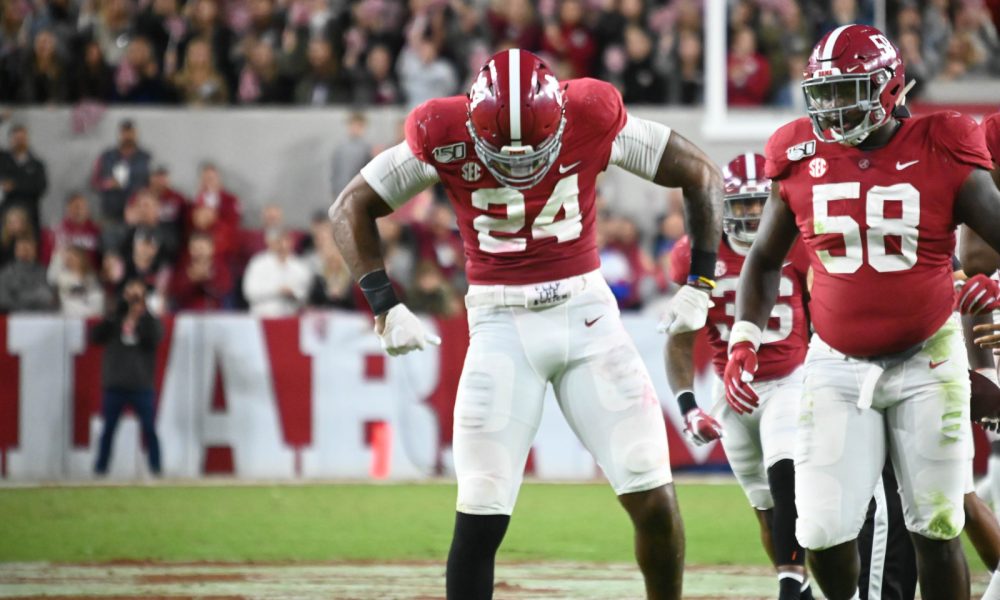 It’s always important to make a good first impression in any profession you go into.

But when you are trying to carve out a role on an NFL roster, it is almost a necessity to catch your coaches eye in order to break into the rotation. That is what former Alabama outside linebacker Terrell Lewis is trying to do with his new team the Los Angeles Rams.

After getting selected with the 84th overall pick, it is safe to say there are moderate expectations for Lewis to morph into a contributing player for the defense.

With how the NFL is right now with the coronavirus restrictions on face to face workouts in their facilities, the rookies will not a ton of opportunity for interaction with their coaches until training camp begins.

But that hasn’t stopped Lewis’ name from being brought up by the staff, for new defensive coordinator Brandon Staley is well aware of the talent he has at outside linebacker.

“I think you guys are probably aware of his talent,” Staley told TheRams.com. “His talent is not indicative of where he was drafted, but we’re excited about the skillset he brings to the table, and hopefully we can get his best football. I think it’s still ahead of him. I think he’s still a developing player, but from a skillset standpoint, he’s what you’re looking for in an outside rusher.”

When taking a closer looking at the highlights, it is obvious that Lewis is a difference maker for whatever defense he suits up for. The question with him has always been whether he can fend off the injury bug.

In his three years with the Crimson Tide, Lewis appeared in just 26 games and never played a full season in Tuscaloosa. Within those games Lewis recorded 58 total tackles, 14.5 tackles for loss, 8 sacks, three pass deflections and one fumble recovery.

At one point in time Lewis was valued as high as a first round talent by NFL teams before he missed time this past season with a knee injury.

Despite all the troubles of staying on the football field the Rams still value his talent greatly by spending the pick on him to hopefully fill a need on defense.

The Rams are looking to try and replace the loss of fellow SEC pass rusher Dante Fowler Jr. who signed with the Atlanta Falcons this past offseason. Lewis is a very similar type of player to Fowler which is likely what intrigued the Rams to make the selection.

Players are scheduled to report to camp on July 28 so Lewis will finally be able to show he can be a force in the NFL.