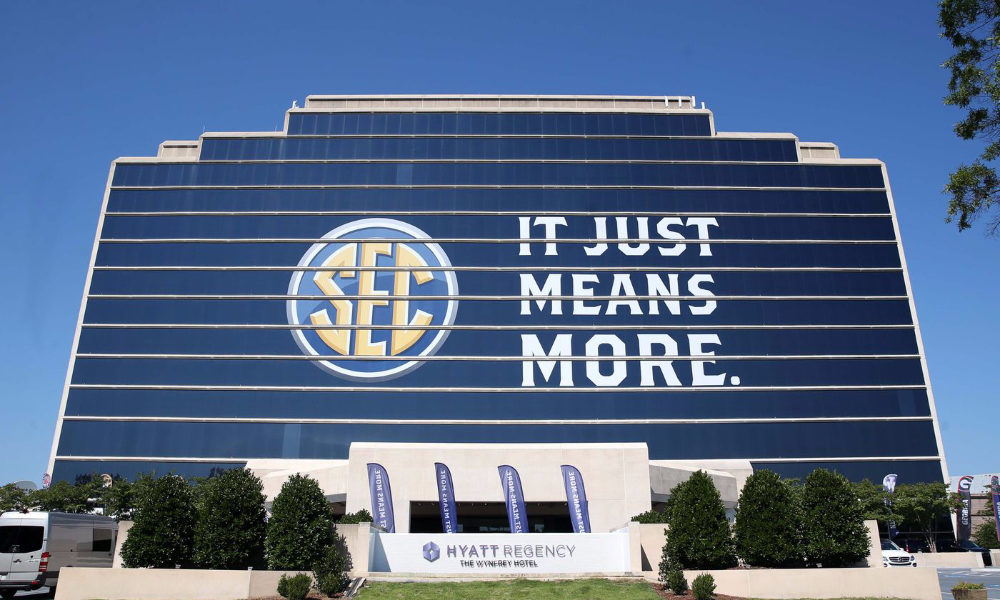 SEC commissioner Greg Sankey said in early July that a decision would likely come at the end of the month. Although there is nothing concrete yet, it appears as if the SEC is tipping their pitch.

According to Sports Illustrated’s Ross Dellenger, the SEC is “moving closer” to agreeing to conduct a 10 game conference-only schedule for the 2020 season.

ADs agreed on the matter Wednesday and presidents are expected to meet Thursday, though they may delay a decision until next week.

This is a fluid situation. https://t.co/er591whOF0

The report also shared that during a virtual meeting on Wednesday “a majority of athletic directors approved the idea of an SEC only, 10-game schedule.”

Sankey and the 14 SEC athletic directors met in person three weeks ago in Birmingham where they went over several contingency plans for the upcoming season which included an 8-10 game in-conference proposal.

No plans have been officially announced from the conference yet as the athletic directors and Sankey are scheduled to meet once again on Thursday, but an announcement could come as early as the end of this week or next week.

The Big Ten and Pac-12 conferences were the first two power five leagues to announce the decision to play only conference games for the 2020 season. The SEC, and Big 12 were still undecided on the matter but time is running out.

If the SEC were to go forward with a conference only season it would have a major effect on the Big 12 as the conference would be losing a total of 13 games against SEC opponents. The ACC has also released their own scheduling protocol for the season where each team will play 10 conference games and schedule one out of conference opponent within each teams own state.