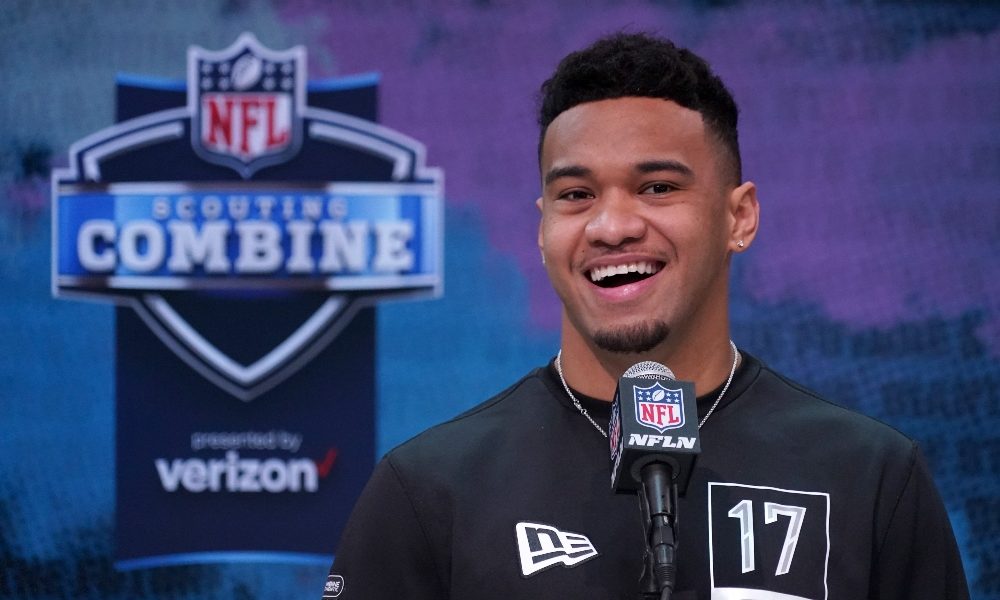 After months of numerous reports surrounding the ongoing condition of now Miami Dolphins quarterback Tua Tagovailoa, any sort of thoughts of restrictions were put to rest by head coach Brian Flores on Wednesday.

Flores confirmed that Tagovailoa has been cleared by the team’s doctors and will be able to fully participate in practice.

“When there is practice, you’ll see him,” Flores said to reporters on Wednesday.

#Dolphins coach Brian Flores tells reporters that first-round draft pick QB Tua Tagovailoa (hip) is cleared and not on the NFI list. “When there is practice, you’ll see him."

Since becoming a started at the University of Alabama, Tagovailoa has suffered a separate resume of injury mirroring his historic statistics.

In three seasons in college Tagovailoa has had two ankle surgeries along with a procedure to fix a dislocated hip suffered against Mississippi State that cut his final season short.

Despite the concerns the Dolphins still selected Tagovailoa with the No. 5 pick in the draft and since then there has only been good news surround the south paw’s health. Back in March, Chris Cabott the president of Steinberg Sports & Entertainment, the firm which represents Tagovailoa, announced that he has been cleared to play.

“Tua is fully cleared and ready to compete without any restrictions,” Cabott told Eric Edholm of Yahoo Sports.

With the head coach giving him the green light, Tagovailoa will officially be able to compete with veteran quarterback Ryan Fitzpatrick for the starting job this season.