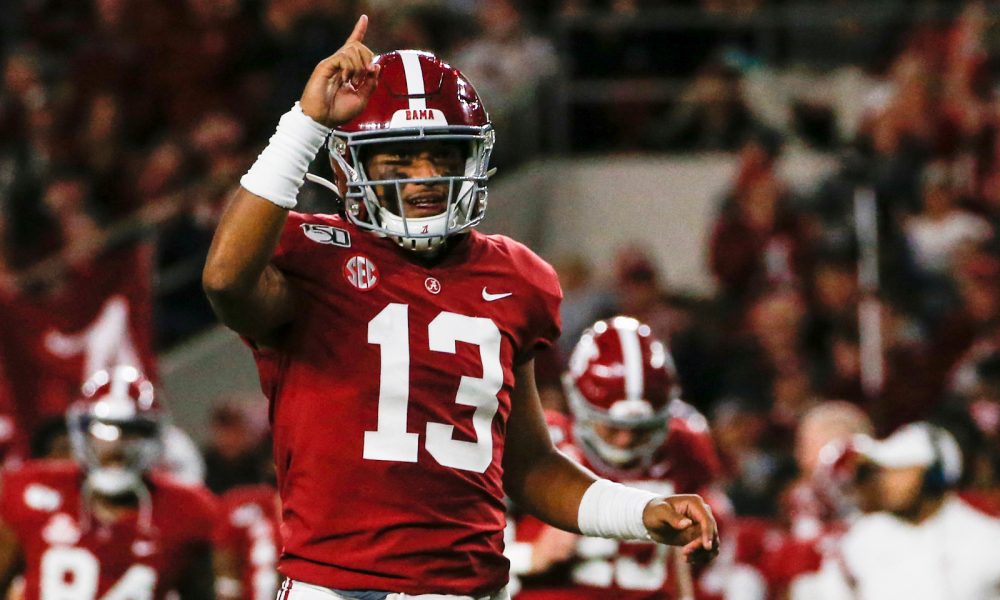 The former University of Alabama quarterback was selected No. 5 overall in this year’s NFL Draft by the Miami Dolphins and after not playing competitively since his hip injury versus Mississippi State, the native Hawaiian was on the Dolphins’ practice field on Tuesday getting some runs in. Tagovailoa did have a mask on, as he ran in between Ryan Fitzpatrick and Josh Rosen.

Tagovailoa is wearing No. 1 in the video clip.

Fitzpatrick, who enters his 16th year in the National Football League this fall, has already mentioned that he is the placeholder for Tagovailoa. Once a five-star in the 2017 recruiting cycle, Tagovailoa helped Alabama to a Southeastern Conference title and a College Football Playoff National Championship while taking home many individual honors.

When it becomes his time to start for the Dolphins, fans of the Crimson Tide will be very excited.

He looks to deliver a Super Bowl to the franchise.