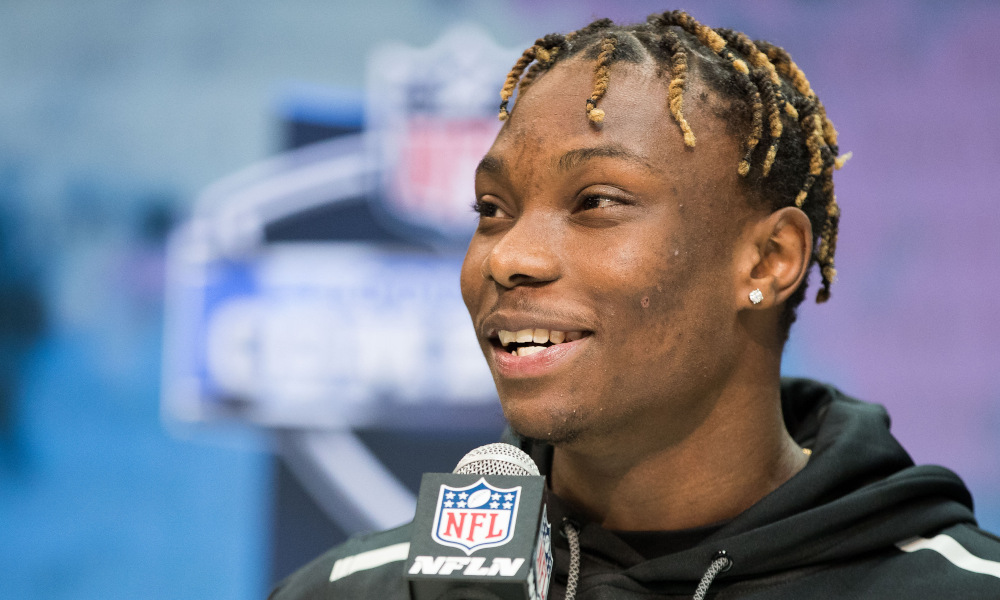 Henry Ruggs III is more than speed and the Las Vegas Raiders are excited.

After three great years at the University of Alabama, Ruggs was selected at No. 12 overall in the NFL Draft and he has been turning heads at training camp.

As the latest weapon for quarterback Derek Carr, the Montgomery (Ala.) native showed his route running skills, insane vertical and impressive hands on a touchdown catch.

Per the team’s Twitter site, the Raiders posted a video of Ruggs’ one-handed grab from Friday’s practice.

Yeah, @__RUGGS can do a LOT more than just run fast. ? pic.twitter.com/KUMzHWER8s

Despite his blazing 40-time of 4.27 seconds and freakish 42″ vertical at the NFL Scouting Combine, the former five-star prospect wants to be known as a complete receiver. He recorded 98 career receptions at Alabama — including 24 for scores.

For Jon Gruden (head coach) and Mike Mayok (general manager), both believe they made the right decision with the Raiders’ first pick of the draft. He is in the same division as his former Crimson Tide teammate, Jerry Jeudy (Denver Broncos), but Ruggs is prepared to have some big fun in the wild AFC West.

WATCH: Tua Tagovailoa back on a football practice field with the Miami Dolphins
The Washington Football Team activates Reuben Foster from PUP list
To Top