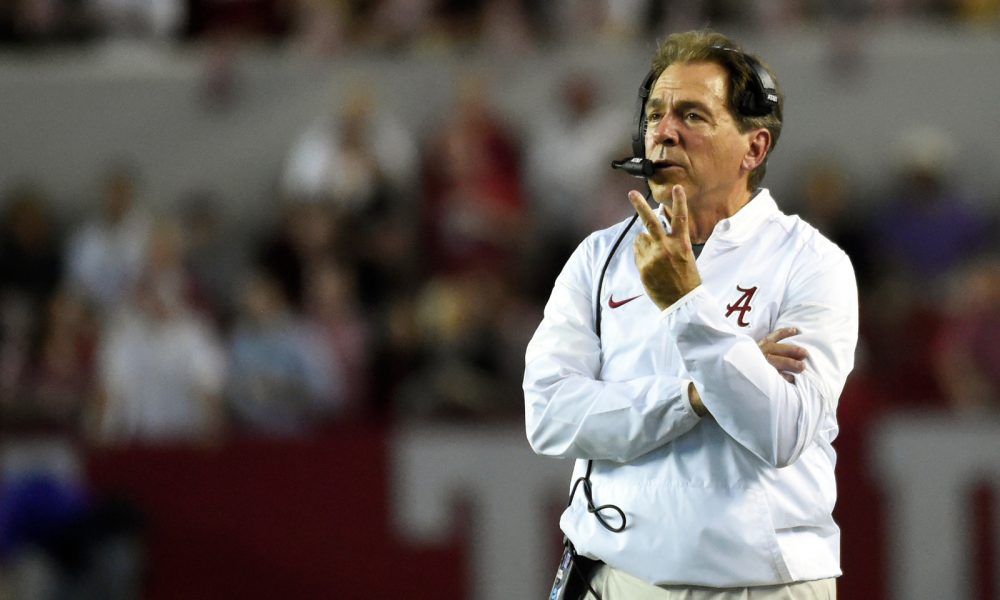 With fall camp starting in two weeks (August 17) for Southeastern Conference schools, the first preseason rankings for college football are out.

According to USA TODAY Sports, the Amway Coaches Poll released its Top-25 rankings on Thursday and the University of Alabama football program stands at No. 3. After not making the College Football Playoff last year for the first time since its inception in 2014, Alabama is focused on nothing less than winning a conference title and a national championship.

In entering his 14th year as head coach of the Crimson Tide, Nick Saban may have the toughest schedule of his tenure.

Saban and the Tide will face all five programs, as this year’s national champion must earn its way into the CFP.

Saban is going after a seventh national title, which would put him over the legendary Paul W. “Bear” Bryant.