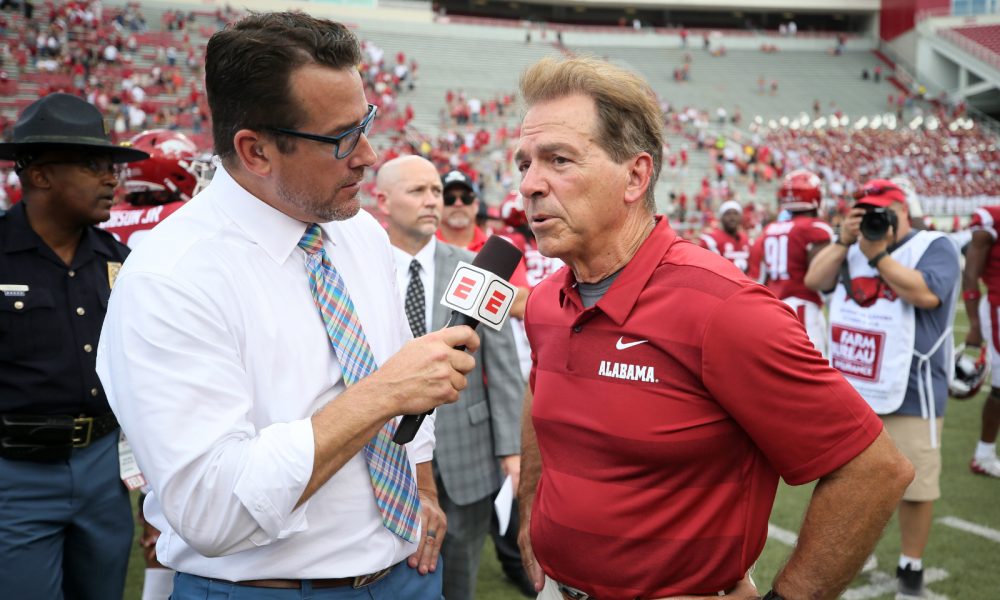 Nick Saban, the Alabama players and its fans are ready for this season.

The global pandemic of the Coronavirus occurred at an untimely moment; however, all collegiate programs within the power five conferences are looking forward to playing football. When it comes to the Southeastern Conference, Greg Sankey (SEC Commissioner) and all 14 athletic directors and presidents agreed to a 10-game, conference-only schedule.

While SEC Network is expected to release major news on Friday at 5:00 p.m. CT, the Crimson Tide’s twitter account posted a mini hype video to commemorate 50 days until its season opener.

After not capturing a national championship in each of the last two years, the veteran leadership on this team has taken it upon themselves to push for a College Football Playoff national title.

Former Alabama QB Taulia Tagovailoa immediately eligible to play at Maryland
Alabama adds Missouri and Kentucky to its 2020 schedule
To Top
%d bloggers like this: