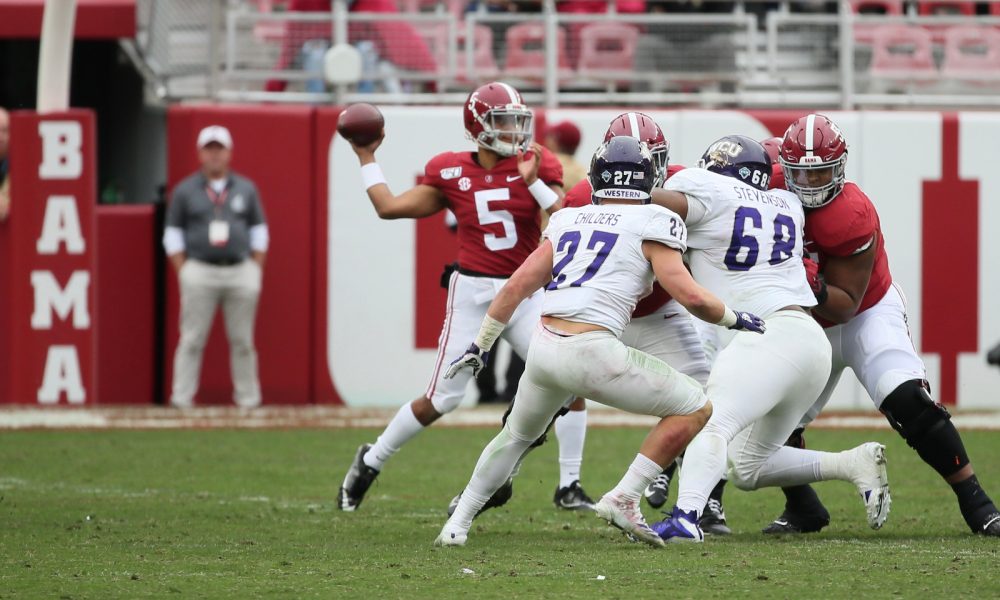 Maryland fans won’t have to wait to find out what Taulia Tagovailoa is made of.

On Friday it was reported by ESPN’s Jeremy Fowler, that Tagovailoa had been deemed eligible to play by the NCAA, and will be able to take to the field immediately for the Terrapins.

Taulia Tagovailoa’s transfer waiver has been approved by the NCAA and the former Alabama QB is immediately eligible to play at Maryland, per source. Attorney John Long handled family’s case over last three months, and Maryland coach Mike Locksley was notified of the news today.

After being heralded as one of the top quarterbacks in his class, Tagovailoa decided to follow in the footsteps of older brother Tua, and enroll at the University of Alabama.

During his stint in Tuscaloosa, the younger Tagovailoa joined an immensely crowded quarterback room which included his eventual top-five NFL Draft pick of an older sibling, along with Mac Jones who finished the season impressively at quarterback and great-grandson of legendary Crimson Tide head coach Paul Tyson.

Tagovailoa was able to see action in just three games where he completed 9 of 12 passes for 100 yards and one touchdown.

Alabama even threw one more log on the fire when it was able to sign the number one quarterback in the country Bryce Young.

Rather than risking the chance of sitting for even longer, Tagovailoa decided to transfer to Maryland back in May.

Maryland head coach Mike Locksley had a strong relationship with Tua when he was his offensive coordinator at Alabama from 2017-18.

Locksley will now have the chance to stir up some more Taogvailoa as soon as the cleats hit the gridiron in College Park.

WATCH: 5-Star ATH Ga’Quincy McKinstry gets after it in scrimmage
WATCH: Alabama football releases mini hype video for 50 days until season opener
To Top
%d bloggers like this: