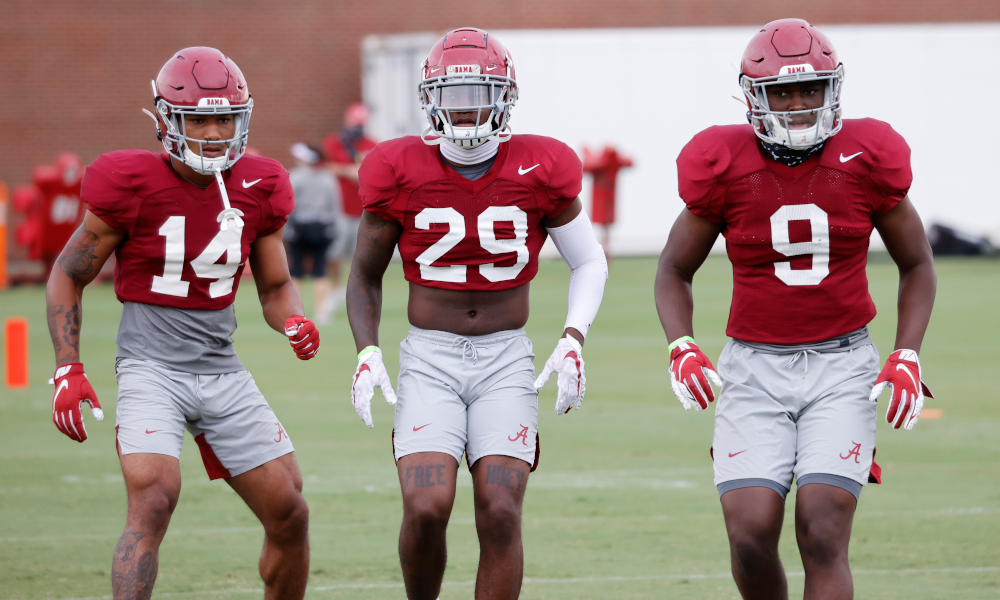 Although a fierce pass rush is the best friend of a thriving defensive secondary, the University of Alabama has at least boasted one highlight defensive back during its five national championship seasons under Nick Saban.

After it got picked on a lot in 2019, has the “No Fly Zone” mentality returned to this group?

RELATED: Alabama’s Landon Dickerson to anchor both center and right guard for this season

Coach Saban is hopeful, especially with the returning experience and young talent.

A former defensive back, Saban has stockpiled quality names at the position — including one that could have a major impact as a true freshman. He had a great preseason camp and after graduating Sandy Creek High School (Tyrone, Ga.) as its all-time leader for interceptions, Brian Branch is prepared to conquer the Crimson Tide’s program.

A four-star recruit, he resembles a few former Tide standouts — especially Minkah Fitzpatrick and Eddie Jackson. Both players were not only marquee playmakers, but they were also leaders and individuals that had a feel for the ball in their hands in space.

The 6-foot, 190-pounder carries the same traits for this year’s team.

On Tuesday, Jaylen Waddle referred to Branch as a ‘baller’ during his interview with local reporters.

“I really like the way he competes,” Waddle said of Branch. “He’s really physical. He is going to be a future star, definitely a household name.”

The junior at wide receiver posted 1,227 all-purpose yards with eight touchdowns in 2019. Waddle has shown explosive, big-play abilities at receiver and as a return specialist since his freshman year. For him to speak highly of Branch is a big deal, seeing how he is vying for a starting opportunity in the nickel defense.

According to Saban, Branch is working behind DeMarcco Hellams at “money” in the dime package. Alabama has had more than its fair share of impressive defensive backs, and looks to have another one ready to pop.

Fans will be excited to watch what Branch does on the back end this season.