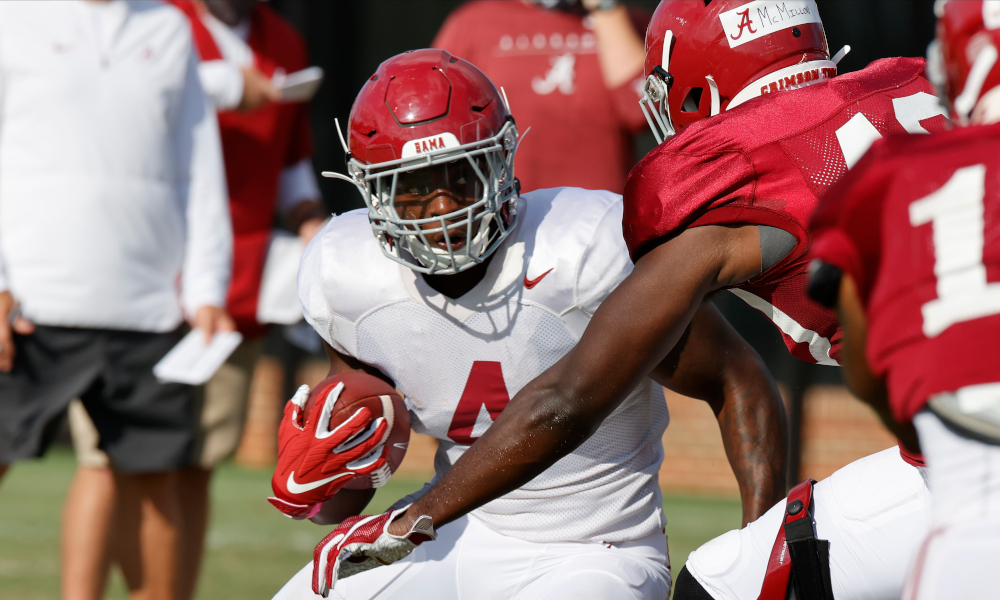 Next week begins a huge season for him and he knows it.

NFL scouts and media personnel are salivating over Najee Harris, especially after watching him record his first career 1,000-yard rushing campaign (1,224) last year with 13 touchdowns on 209 carries. He fully locked in during the middle portion of the season and totaled six 100-yard games, including four versus Southeastern Conference schools. As hard as he has worked this summer, Brian Robinson Jr. has put in as much effort to prove to the college football world that he is just as dominant.

While his power — in being a north/south runner — has never been questioned, the Tuscaloosa native took this offseason to improve his speed with Dr. Matt Rhea. He arrived in Alabama’s 2017 signing class with Harris as a four-star and much like Kenyan Drake shined alongside Derrick Henry in 2015, Robinson eyes the same outcome with Harris for the Crimson Tide.

He brings more of a power skill set; however, Robinson looks to show his acceleration in space against defenses. Nick Saban will have a potential All-American offensive line in front of him and according to Landon Dickerson, the versatile center/guard said Robinson runs with a purpose.

“B. Rob has done a great job,” Dickerson said on Thursday.

“He has been a vocal guy and he comes to practice every day with a great attitude. He not only shows it when he talks, but he also shows it when he plays. He is going to make the best of the situation he’s given, and I think that’s great because the running back room looks really good right now. We have a lot of great athletes in there that can do a lot of great things.”

He has always had the capability and potential, but Robinson senses it is time to put it all together.

Alabama CB Ronald Williams Jr. suffers broken arm during fall practice
Who will step up in Alabama’s secondary in its season opener?
To Top