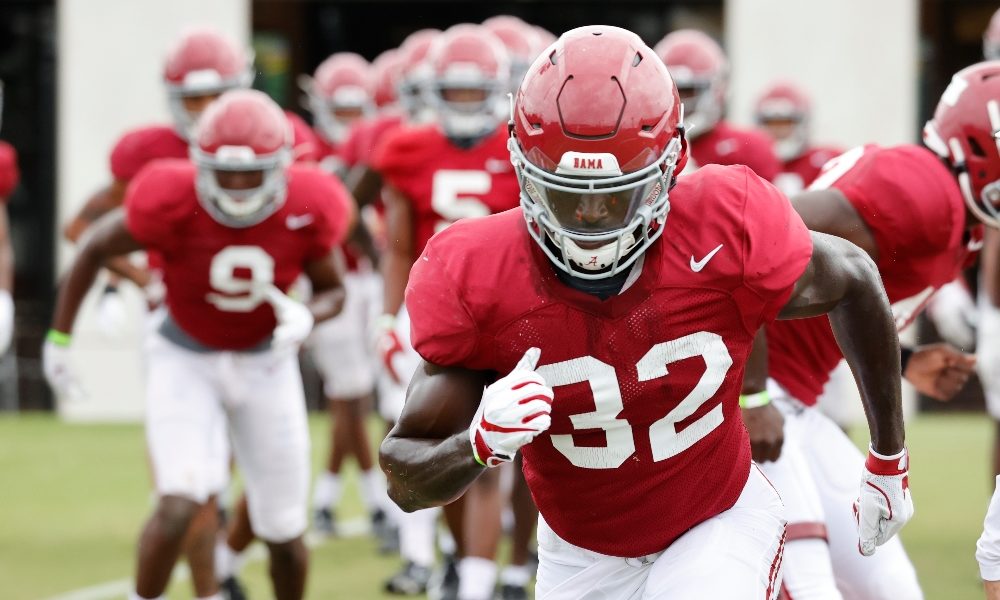 There was once a point in time where the phrase “live sports” was enough to bring a smile to the most depressed athletics deprived fans across the country.

Now fans have the ability to witness their favorite college football teams as SEC football will officially begin on Saturday and Alabama fans will once again be able to watch the Crimson Tide roll.

So keeping the entirety of this past year in mind, as well as the uncertainty of the past three months within the sport, the Alabama football twitter account released the perfect hype video ahead of its game against Missouri.

No need to play long touchdowns, or earth-shattering sacks, just play the sounds of all of the doubts and concerns of the past year and have a player like Dylan Moses at the center who has gone been through some of his own uncertain times due to his season-ending injury.

The word “Focused” at the top of the video personifies what it will take for the Crimson Tide to be victorious this season. Don’t listen to the outside noise just stay within yourself and worry about what you can control.

Alabama football is now just a few hours away, and we’re all ready.