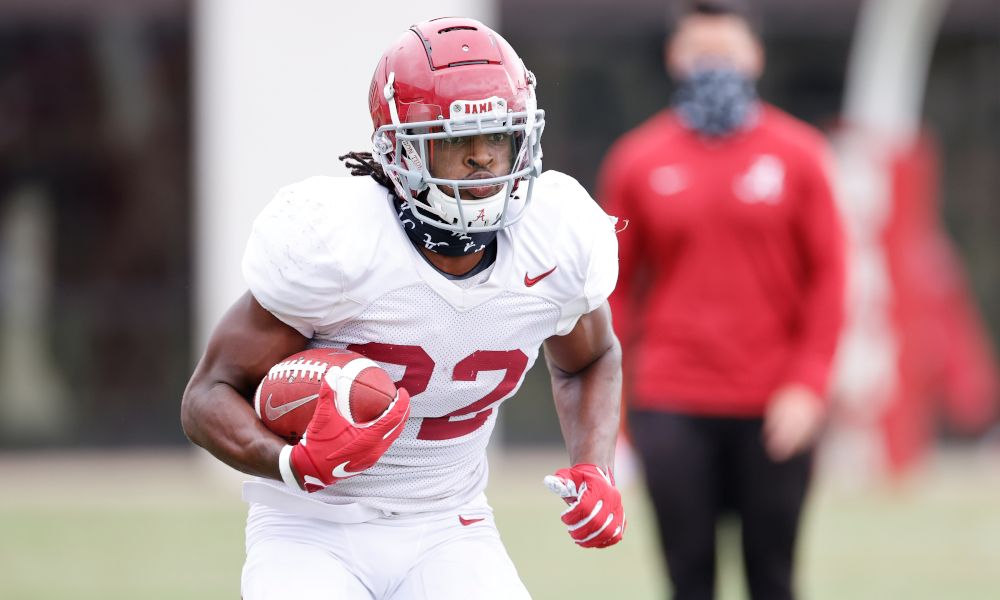 Leaving home for the first time is an adjustment in and of itself. But when your next destination is over 2,000 miles away, there may be a little more in-store when you decide to plant your roots.

Alabama running back Najee Harris is one of those young men who have had to get used to a new lifestyle in Tuscaloosa but his on the field play only warrants adjustments from defenders who underestimate his skills as a player.

Especially those who haven’t respected him as a pass-catcher.

“Me being a big back, the assumption is OK, he’s big so he’s stiff, maybe,” Harris said to Fox Sports’ Reggie Bush on Thursday. “This is a typical stereotype. He’s stiff. He can’t make people miss that much. He’s not fast enough so me using that, me training to work on all these things or me just hearing that, I train for all those things. So I am in the position in a route or one-on-one coverage … that’s a perfect opportunity to show people, yes, I am a big back, but I can do everything that you in your days could do.”

Being an every-down back is integral to running a successful offense both at the college level and in the NFL where Harris will be headed in just a few months.

But gashing defenses for 120 plus yard performances wasn’t something that came easily to Harris. It was something he had to work rather hard for especially when considering the adaption he had to make from playing in the heat of California to the heat of Alabama.

“Till this day I’m not used to this damn heat.”

He also showed a hilarious story of head coach Nick Saban getting on Harris when he wasn’t doing so great with the heat during practice.

You can check it out here because words won’t do it justice.

“22, get up! This isn’t the West Coast!” ?@ohthatsNajee22 remembers his first @AlabamaFTBL practices in the Alabama heat and shares how he’s come to love training in the south ⬇️ pic.twitter.com/uAOhXzNa6J

But if Harris is an example of a player who’s struggled with getting used to the heat of Alabama then every coach in the country will be scouring the nation for athletes like him.

﻿
From state champion to Alabama football, Alajujuan Sparks is about to make his dream a reality
WATCH: Alabama releases the perfect hype video ahead of Missouri game
To Top