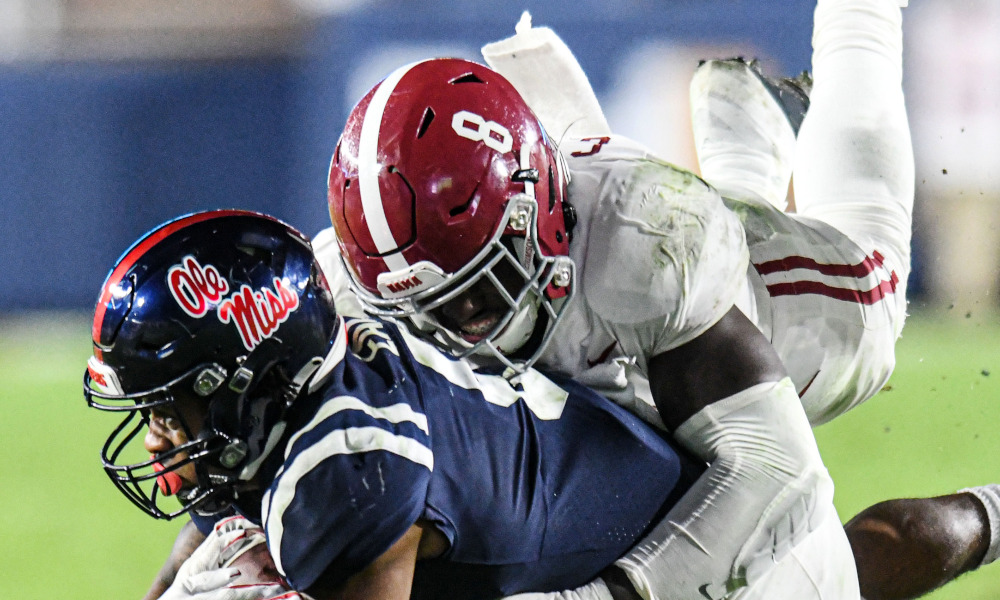 Whether it has Nick Saban on the field or not, Alabama football has to dominant Georgia on Saturday.

Defensively, it has not been the team fans have grown accustomed to seeing. Through three games, the Crimson Tide has allowed 30.3 points per matchup. If one was to locate a more eye-popping statistic, it would be the average of 151 rushing yards given up in meetings versus Missouri, Texas A&M and Ole Miss. Alabama took pride in making teams one-dimensional in the Saban era, especially during its national championship seasons. With the exception of the 2008 and 2016 campaigns, the Tide has carried home a national title trophy in the years where it allowed less than 100 yards rushing/game for a season. A direct correlation between Alabama football and national championships is having a dominant run defense, and it has to get back to that style.

The Bulldogs bring a potent run game to Bryant-Denny Stadium.

Georgia is averaging nearly four yards per carry (3.77) and 172 yards rushing per game. Zamir White, a sophomore, is the leader of the room with 209 yards rushing and four touchdowns on 54 carries. Upon it hiring Todd Monken at offensive coordinator, the Bulldogs are sticking with a prostyle concept. Prior to returning to college football this year, Monken spent four seasons in the National Football League. He served as the offensive coordinator for the Cleveland Browns during the 2019 season.

For Alabama, its defensive line and linebackers must force Stetson Bennett to win the game through the air.

On Wednesday, yours truly of Touchdown Alabama Magazine discussed the Tide’s run defense via In My Own Words.

﻿
ESPN analyst Desmond Howard believes Nick Saban will be coaching on Saturday
WATCH: Alabama players are prepared to rally around Steve Sarkisian to coach against Georgia
To Top