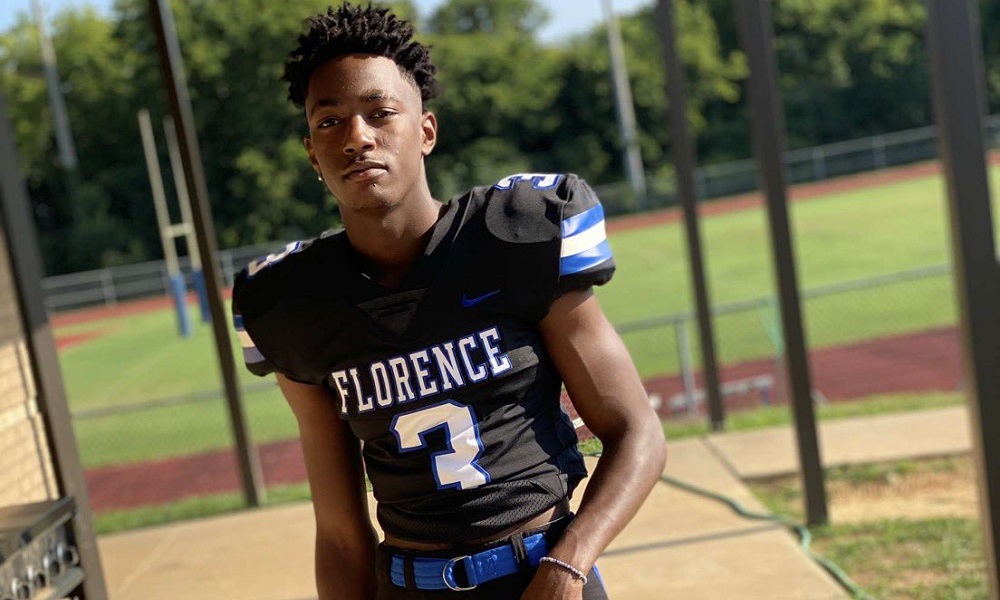 #AGTG I am beyond blessed to say I have received an offer from The University of Alabama.🐘 @freddierch8 @sabanfaux @Kico11_ @CoachHesterFB pic.twitter.com/mXB9iiXCTy

Hurley is a product of Florence High School in Florence, Alabama. The Crimson Tide are the seventh D1 program to offer the 2023 defensive back, joining Georgia, Auburn and others. Alabama’s defensive line coach Freddie Roach informed Hurley of his offer.

The sophomore defensive back said he was left in awe when he found out Alabama had offered him.

“I was excited,” Hurley said. “I was like wow. I like the way they play. They are competitive and physical every play, and they produce players at every position.”

The Florence product went on to expressed how he felt about Nick Saban.

“Coach Saban is an amazing coach, who knows what it takes to win,” Hurley said.

Kansas was the first program to put an offer on the table when it offered Hurley in September. South Carolina followed suit later that month, but October has been Hurley’s biggest month of recruiting trail so far. Florida, Florida State, Georgia, Auburn and now Alabama have offered him in this month alone.

Receiving offers from some of the of the top football programs in the nation has the rising recruit filled with excitement.

“I am excited,” Hurley said. “This is what I have been working for and my coach helped me get to this point, so I am extremely happy and excited.”

At 6-3 and 165 pounds, Hurley is a long defensive backs, who covers space in the secondary really well. He has shown the ability to to play in zone coverage and matchup man to man against wide receivers.

Hurley’s recruitment is still in its early stages, which means his offer list will most likely get a lot longer. The Tide’s staff now have an opportunity to build a strong relationship with an in-state defensive back prospect, who has the ability to be one of the top defensive backs in the nation once the 2023 recruiting cycle rolls around.

﻿
WATCH: Alabama players are prepared to rally around Steve Sarkisian to coach against Georgia
Why Alabama fans should believe in Steve Sarkisian
To Top